Alchemy Plus is looking to build a £20 million state-of-the-art facility in Scotland because of its cooler climate. 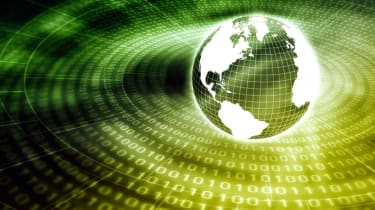 Scottish IT company Alchemy Plus is looking to build a cloud computing centre on the Inverness harbour.

With its cool climate, the highland region will reduce the need for artificial refrigeration, as well as cool the many computers used at the centre.

The 20,000 square foot facility would be Scotland's first green data centre, with the waste energy from the building being used to warm nearby neighbourhoods.

The cloud computing centre will give businesses access to applications and services over the internet, allowing employees to work from home as well as on-the-go. The resources will be available on a pay-as-you-go basis.

Companies who took part in an 18-month test run in Dingwall saw an average cost savings of 28 per cent.

Alchemy Plus is preparing a planning application to be submitted in January of next year with hopes to have the centre running by the end of 2010. Chief executive Steve Chisholm stated that the centre could create 400 jobs.

Another green-powered data farm was announced to be built in Scotland earlier this year.