A 70s album cover is at the centre of controversy that could have wider net censorship implications. 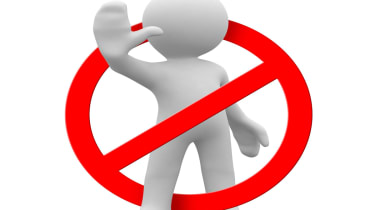 A number of internet service providers (ISP) in the UK have blocked access to a Wikipedia entry that allegedly contains child pornography in a move that could have farther-reaching consequences for users of the site.

The page at the heart of the scandal is about 70s German rockers the Scorpion's 1976-released Virgin Killer album, which has been blacklisted by the Internet Watch Foundation (IWF) for featuring an image of a young naked female.

"As with all child sexual abuse reports received by our Hotline analysts, the image was assessed according to the UK Sentencing Guidelines Council (page 109). The content was considered to be a potentially illegal indecent image of a child under the age of 18, but hosted outside the UK. The IWF does not issue takedown notices to ISPs or hosting companies outside the UK, but we did advise one of our partner Hotlines abroad and our law enforcement partner agency of our assessment," the IWF said in a statement.

"The specific URL (individual webpage) was then added to the list provided to ISPs and other companies in the online sector to protect their customers from inadvertent exposure to a potentially illegal indecent image of a child."

The crackdown by ISPs could mean that some genuine users of Wikipedia won't be able to edit content. What's more, the online encyclopaedia - while maintaining that it believes neither the image nor the article "has been held to be illegal in any jurisdiction anywhere in the world" - is also concerned that the issue could be hampering site performance within the UK. At the time of writing, the album cover in question was still viewable via Google images and as a dual compilation on Amazon.com.

"The IWF didn't just block the image; it blocked access to the article itself, which discusses the image in a neutral, encyclopaedic fashion," said Sue Gardner, executive director of the Wikimedia Foundation, in a statement.

"The IWF says its goal is to protect UK citizens, but I can't see how this action helps to achieve that and meanwhile, it deprives UK internet users of the ability to access information which should be freely available to everyone. I urge the IWF to remove Wikipedia from its blacklist."