It’s a matter of fact that the mobile phone industry can only get bigger. We take a look at what the mobile scene will look like in 2010. 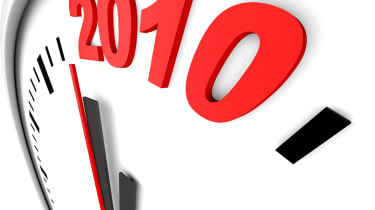 "The success of the proprietary operating systems in delivering a good user experience will ensure their continued success. Let's not forget that all of these operating systems are open' to a greater or lesser extent anyway. Third party application developers are free to produce applications for any platform. None is a closed system," he said.

Hatton added: "I'm sure applications developers would prefer a single development environment, but they're not going to get it. The idea of a single all-conquering standards-based mobile OS is pie-in-the-sky."

As more and more manufacturers begin to introduce smartphones across a number of different platforms to the market, it's questionable whether there will still be the need for low, mid and high-end handsets. But Reeve believes that a separation between different markets will always exist.

"The smartphone segment will grow fast because the price is so persuasive," he said. "However, There will always be a market for those who just want a phone. We refer to them as glovebox users people who use their phone for an emergency."

Hatton thinks the development of the higher end market may be stunted by the current economic climate, despite smartphones costing less to produce.

"The high end of the market may suffer most in the coming economic gloom. Mobile in itself is, I believe, fairly recession-proof, but I think handset replacement cycles are likely to lengthen meaning that people are waiting longer to upgrade their phones. This will cause problems for handset vendors," he said.

Hatton continued: "Even someone like RIM may find that it will face an uphill battle with its renewed attempts to get into the consumer market with the Storm. Similarly business markets may take a hit if there are large numbers of redundancies in segments that traditionally use a lot of telecoms such as financial services."

Networks are also going to change to fit the evolving demands of users.

"Networks now need to be increasingly provisioned for data services [most notably mobile broadband] rather than voice. Devices, particularly at the high end, are being developed with broadband services in mind," said Hatton.

"Flat-rate, all-you-can-eat is starting to dominate. Much of this change has occurred in the last year or so and will continue to be played out in the next two," he added. "Broadband wireless networks have been available for years, but it wasn't until 12 months ago that they really came into their own."

A joint role for the future

It's hard to say what the hottest mobile of 2010 will be, or what precise technology it will integrate. One thing is certain though; handset manufacturers and users will both play a big part in innovating and creating it.

"Things that consumers seek as extras are now becoming requirements, such as sending emails. [In the future], no one will expect a phone without an email application, or live maps to show you where you are."