FBI and security specialists have uncovered a flaw on some systems that could leave the PBX open to external attack. 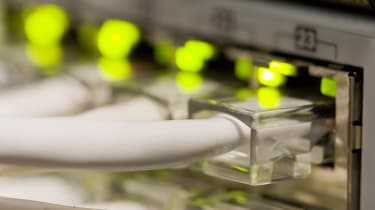 IP PBX installations are potentially at risk from external hacking attacks following the discovery of a major security flaw.

The discovery was revealed by the US Federal Bureau of Investigation (FBI) and relates to the Asterisk open-source product that turns a Linux computer into a VoIP phone exchange.

Hackers are exploiting the vulnerability in order to hijack a company's PBX to use it for so-called vishing' attacks, whereby people are duped into calling a fake call centre, usually based on the hijacked PBX, where they are then tricked into handing over their sensitive data. At the same time, the company suffering the PBX hijack is usually left with a hefty phone bill.

The FBI didn't reveal which versions of Asterisk were vulnerable in order to limit the amount of information on offer to hackers. However, upgrading to the latest version of the software will apparently fix the issue.

Asterisk, like several other open-source VoIP PBX systems, is used extensively in the small business arena due to its low deployment cost and good reputation for reliability and ease of use.

"The problem facing small business users of VoIP PBX systems is that although the PBX is hooked up to the regular telephone network and a company's broadband connection, most firms' IT security resources do not extend their complete protective envelope around the PBX platform," said Rob Rachwald, director of product marketing at application vulnerability specialist Fortify.

"This means that users of VoIP PBX systems who think their telephone system is covered by, for example, a firewall application, can wake up with a nasty surprise on the phone bill front, after their PBX system has been compromised."

Rachwald added that a growing number of open source applications, including Asterisk, are being security tweaked and installed on more secure dedicated appliances, rather than repurposed PCs.