The Internet Watch Foundation has removed the offending Wikipedia page from its web blacklist. 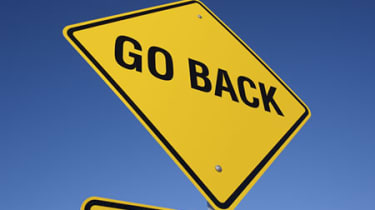 Web watchdog the Internet Watch Foundation(IWF) has overturned its decision to blacklist and as a result block access to a Wikipediaarticle that was deemed to be hosting an indecent image of a child.

The page, focused on 70s Germanic rock band the Scorpions' Virgin Killer album, featured an album cover with a naked young girl whose genitals were obscured by a crack in the lens taking the shot.

It caused controversy when it launched in 1976 and was replaced in many countries by a less shocking picture of the long-haired all-male band. But the most recent outcry related to calls that the image in question was tantamount to child pornography, causing that area of Wikipedia to be blacklisted by the IWF and resulting in ISPs preventing users from accessing said page.

That ruling has since been reversed.

"The procedure is now complete and has confirmed that the image in question is potentially in breach of the Protection of Children Act 1978. However, the IWF Board has today (9 December 2008) considered these findings and the contextual issues involved in this specific case and, in light of the length of time the image has existed and its wide availability, the decision has been taken to remove this webpage from our list," the IWF said in a statement issued yesterday.

The watchdog added that it would not add further reports of the image in question being hosted abroad to its list, although it did say it will assess additional instances of it being hosted in the UK in line with its usual procedures.

The statement continued: "IWF's overriding objective is to minimise the availability of indecent images of children on the internet, however, on this occasion our efforts have had the opposite effect. We regret the unintended consequences for Wikipedia and its users."

Naturally, Wikipedia was pleased with the decision to reverse the ruling, which it claimed had blocked more 95 per cent of UK net users from accessing the article in question and hampering widespread editing rights.

The online encyclopaedia has subsequently pointed out that more than a quarter of all editing activity on its English online knowledge base is carried out by UK-based editors.

"We are grateful to the IWF for making this swift decision, and to thousands of internet users from around the world for their outpouring of support," said Sue Gardner, executive director of the Wikimedia Foundation, in a statement.

"Millions of Britons now have access to all of Wikipedia, and volunteers can resume their important editing work. The Wikimedia Foundation greatly admires the work of our volunteers - they care deeply about Wikipedia and are the first responders in dealing with potentially illegal content on Wikipedia."

Despite the ruling u-turn, Wikipedia's protagonists still claimed that the issue raised important questions about how the web and associated censorship of it are governed.

"We recognise the good intentions of internet watch groups, including their focus on blocking and discouraging illegal content. Nevertheless, this incident underscores the need for transparency and accountability in the processes of the Internet Watch Foundation and similar bodies around the world," added Mike Godwin, the foundation's General Counsel, in the statement.

"In the long run, monitoring groups need to develop a public set of 'best practices.' These best practices should, at a minimum, decrease the impact on content found to be lawful, acknowledge the context in which the content at issue occurs, and be maximally transparent both to service providers and to individual users. There should be no false or misleading error messages when online censorship does occur."