15 tech charities that need your help

Christmas isn’t just about presents and mince pies, but charity too. Here’s our top picks for tech-friendly non-profits that deserve your support. 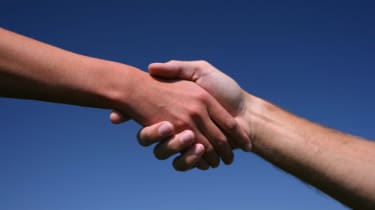 Christmas is commercial, sure. But it's also a time for charity.

Indeed, those sick of buying gadgets and other gifts have recently been turning to charitable donations instead - such as with Oxfam's successful Give a Goat campaign, which lets donors give a goat to a needy family in the name of someone on their gift list.

(For those who aren't tired of the commercial side of the season, check out our Christmas gadget guide here.)

But picking a charity isn't easy. If you're looking to donate in someone else's name - maybe you're late buying a gift? - or just want to spread a little love this holiday season, we've tracked down 15 geek-friendly, tech-savvy non-profits and charities that would love your support.

One Laptop Per Child

It's one of the most famous tech charities in the world and its work has largely lead to cheap netbooks for us all, so we owe them a thank-you already.

One Laptop Per Child's (OLPC) aim is to get durable, inexpensive laptops into the hands of needy kids around the world, so they can learn and connect.

Their XO laptop was really the first netbook, even if the term wasn't used yet. It features its own operating system called Sugar, as well as a special ruggedised case, a screen you can read in the sun, and hand-cranking for areas without electricity. It's a cool bit of tech.

And you can have one. Through OLPC's Give One Get One scheme, which just hit the UK this year, you can buy an XO for yourself and have another sent wherever it's most needed.

If you don't want the device for yourself, you can simply buy one for a needy kid or donate cash here.

Many charities look to bring tech to poverty-stricken children in war-torn places around the world. This one is special for many reasons. It's a small school based in Kandahar, which teaches mostly female students tech and business skills so they can get jobs and improve their country all under threat of death from fundamentalists who disapprove of such things.

The school sees the value that tech skills offer young people and the opportunity such knowledge gives those kids to pull their country out of its current turmoil. Talk about ROI.

We could go on in fact, we have before. Click here to read our feature on the project.

Last year, an IT professional named Brendan Choi from California matched raised donations to help the school reach its campaign goal to get some new computers and renewed my faith in humanity.

"Here was a school that taught practical skills so that the people could gain immediate employment," Choi said at the time. "I was happy to see that this school catered to women so they could learn professional skills and get jobs. Everyone knows that these women are risking their lives to learn computer skills. That was absolutely amazing to me."

For more on the programme, visit their website here and, more importantly, donate here.