The British Computer Society has created a new forensics group to examine the cybercrime threat posed up to and during the 2012 Olympics. 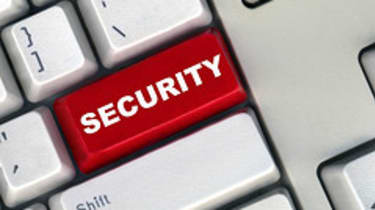 The British Computer Society (BCS) yesterday held the inaugural meeting of a new cybercrime think tank' ahead on London's 2012 Olympics.

The chartered IT professional body said it launched the Cybercrime Forensics Specialist Group in response to the explosion in UK-based cybercrime.

The new group will offer expertise to the police and others fighting increasingly sophisticated online fraud, following the example set earlier this year combating cybercrime in China for its Olympic Games.

Denis Edgar-Nevill, the group's chairman and a BCS Fellow, said: "We particularly want to look at how the Chinese tackled this issue in the lead up to this year's Olympics Games. As we move closer to 2012, cybercrime will become an even more important focus for the UK."

The group includes academic experts in the field of cybercrime forensics, those involved in or supporting law enforcement activities, as well as computer specialists and lawyers.

Its members will pay special attention to the role scientifically-proven methods can play to gather and interpret digital evidence for criminal investigations.

Edgar-Nevill added: "The growing complexity and vulnerability of computer systems coupled with ever-evolving forms of criminal activities requires continual research and development to safeguard the integrity and security of systems for computer users.

"The creation of the BCS Cybercrime Forensics Specialist Group will also hopefully answer the very real and growing demand for qualified people to assist in cybercrime investigations."

The BCS also said the group would also work with the National Police Improvement Agency (NPIA) and get involved in the annual international conference on Cybercrime Forensics Education and Training (CFET).

The body quoted recent Internet Crime Report statistics as evidence the new forensics group was needed, where the UK had the second highest number of cybercriminals in the world after the US, costing an estimated 6 billion a year.

The inaugural meeting of the specialist group was held at Canterbury Christ Church University, which also hosted this year's CFET conference.