Home Secretary Jacqui Smith said the government will look at ways to balance privacy with protection. 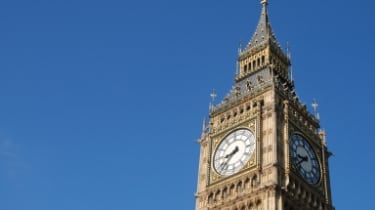 The Government is to review it's own use of technology data and who can access it, in order to balance the privacy intrusion with the potential for protection.

Speaking to IT trade body Intellect, Home Secretary Jacqui Smith claimed that the public expects the government to use technology to protect them, but added that people also expect privacy. Therefore, the govenrment will be looking into the Regulation of Investigatory Powers Act (RIPA) and the DNA database next year.

RIPA gives investigative powers to bodies such as local authorities to use tech such as CCTV to look into flytipping or disrupitive people. Next year, Smith said, the government will look into possible changes to the act, including which public bodies can use it, deciding who will authorise such use, and changing the code of practice which goes along with it.

The government will also produce a white paper on forensics, to look into the records held on the DNA database, and review whose data is held on it possibly removing the DNA records it holds of children under 10 and data taken from people who haven't committed violent crimes.

"These changes will see some people coming off the system. But as I said, we need to strengthen the dividing lines between innocence and guilt and so I want to do more to ensure we get the right people onto the system as well," she explained in her speech, which can be read in full here.

Finding the right balance between civil liberties and using technology to protect against "terrorism, crime and disorder" was one of the most pressing questions the UK faces, Smith added.

"Balancing these individual and collective rights has always been a key responsibility of government. And in an era of rapid technological change, it is right that we should constantly satisfy ourselves that we have got the balance right," she said in the speech.

Smith brought up a piece of graffiti as an example. Last April, the artist known as Banksy painted a mural with the words "One Nation Under CCTV" 30 feet high on a wall just off Oxford Street. "Eight months later, it's still there with a CCTV camera watching over it. And while it's probably done wonders for the value of that gable wall, we're entitled to ask how much this effort, and others like them, have hit the right target."

With that in mind, Smith wondered if we are indeed living in a surveillance society. Her answer likely doesn't surprise. "I don't believe so, not for one moment. But I welcome the debate. And while not condoning graffiti per se, I understand the need to keep revisiting these issues in an open and democratic society," she said.