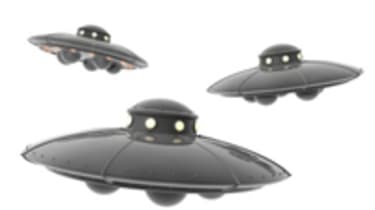 While most people think of computer graphics chips as being just for games, Nvidia's latest graphics processing units (GPU) are actually being used to search for aliens at part of the SETI@Home project.

SETI@Home is one of several projects from Berkeley's Open Infrastructure for Network Computing (BOINC) that use PCs across the internet to process and analyse data - a form of grid computing.

SeTI@Home is the largest BOINC project with nearly 200,000 active users. Their efforts will be boosted by the release by Nvidia and BOINC of an optimised client for Nvidia's latest graphics chips.

The client is written in Nvidia's C based CUDA programming language to make the best use of the parallel nature of Nvidia's GPUs to greatly speed processing time.

Nvidia claims that the the SETI@Home client running on its GeForce GTX 280 is twice as first as a system based on the current fastest desktop CPU a 3.2GHz Intel Core i7 965. Compared to a more standard dual-core CPU system based on a 2.66GHz Intel Core 2 Duo E8200, Nvidia says its GPU processing is up to eight times faster.

"CUDA technology makes it easy for scientists and researchers to optimize BOINC projects for Nvidia GPUs and they are already using it for applications in molecular dynamics, protein structure prediction, climate and weather modeling, medical imaging, and many other areas."

Other BOINC projects that make use of Nvidia GPU's are GPUGRID which performs molecular simulations, and Einstein@HOme, which uses distributing computing to search for spinning neutron stars (also called pulsars) using data from gravitational wave detectors.