Gartner says the music business needs to accept that CDs are dying a death, and concentrate fully online. 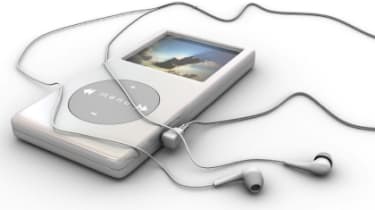 Music retailers need to focus their attention away from pre-recorded CDs and fully concentrate on online distribution, according to Gartner.

Gartner urged the music industry to move away from relying on pre-recorded CDs as a revenue generator before next Christmas.

It said that while the music industry's reliance on CDs worked well from 1985 to its revenue peak at the turn of the century, CD sales were now dropping rapidly in markets worldwide and would never again regain market share.

The transition from physical retail CDs to online distribution was already in motion, with evidence that retailers were reducing the floor space dedicated to CDs.

Also, the uptake of broadband, Wi-Fi connections, netbooks and mobile phones worldwide offered different possibilities when it came to marketing, promotion and distribution.

Mark McGuire, research vice president at Gartner, said that by propping up the CD business, rather than fully investing in online distribution, the music industry had neither stamped out piracy or recreated old successful business models.

He said: "Music labels should instead emphasise digital first', making all new releases and catalogue issues via digital services and moving CD to an on-demand publishing mode."

Gartner recommended that retailers could eliminate the cost of CDs by applying a new burn-on-demand model. This means that labels would no longer need to anticipate demand and could reduce shipping costs.

Online songs and albums would also take advantage of social networking and mobile music services, which were increasingly used as awareness and promotional tools.