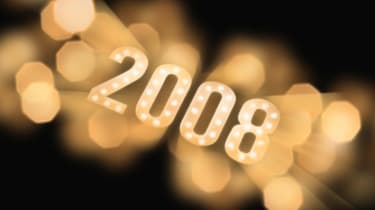 Despite its bid for Yahoo being rejected, Microsoft used German tech fair CeBIT to defend the price, saying $44 billion was quite enough, thank you.

The fourth beta for Mozilla's Firefox 3 hits the web, while Microsoft released its first service pack update for Vista. It also reveals the release candidate for its virtualisation system, Hyper-V, available, in the opening salvo against market leader VMware.

Meanwhile, Intel announced its cheap Classmate laptop will be available in Europe.

It may seem hard to believe the iPhone 3G hasn't always been here brightening our lives, but in March of last year its release date was still just a rumour from an analyst though, to be fair, they did get the mid-year launch correct.

April kicked off with a story that's not a joke the Museum of Computing faced closure, and they really weren't kidding. The exhibits are currently in storage until a new home is found.

At Intel's Developer Forum, the tech firm showed off its new Atom chip, saying it'll be perfect for those new-fangled cheap laptops which seem to be popping up everywhere. Indeed, Intel predicted those so-called netbooks will be the next big thing, as HP launched its Mini-Note to take on the Asus Eee PC in a market that started to get increasingly crowded. But Asus had an answer, in the form of the Eee PC 900.

Despite an ultimatum from Microsoft, its target Yahoo refuses to agree to a deal, as the software giant denied responsibility for a massive SQL attack.

And analysts started to get nervous that this whole failing economy thing could lead to trouble for financial IT specialists, as Logica cuts 500 jobs in the UK.

The Apple iPhone 3G rumours continued, with most correctly predicting a June launch.

Bletchley Park, the home of wartime code-breaking efforts, complained that it lacks the money to undertake urgent repairs, while Dell showed off its netbook and the Xobni application helped sort out our Outlook woes.

The Government announced it wants to store email, phone call and browser session data on all of us. Unsurprisingly, this goes over rather poorly. The Home Office also picked five suppliers for its controversial and costly ID card scheme.

As spam celebrates its 30th birthday, a massive SQL injection attack hits the web, courtesy of China. Some 9,000 sites were affected.

And remember Vanco saying it was looking at acquisitions? We didn't realise they meant themselves The UK telco is picked up by an Indian firm after its share price plummets.

The month finishes with a shocker, as Arun Sarin steps down from Vodafone.

The Apple iPhone rumours continued ahead of the 10 June launch in the US, with talk the device would be available for just 100 at the time, that was shocking indeed.

When it was finally unveiled to the world, business users rejoiced at the inclusion of Exchange and everyone else gasped that for a big monthly contract the shiny phone could be had for free.

Also in June yes, other things happened aside from the iPhone launch British hacker Gary McKinnon appealed to the Lords to try to avoid extradition to the US.

A new supercomputer dubbed the Roadrunner smashed the petabyte speed barrier, while Nokia unveiled its E71 and E66 smartphones. Mozilla's Firefox 3 is revealed to the world, with a record-setting download day.

The economic downturn continued to take its toll, as banks reined in spending on IT contractors.

And some guy called Bill Gates stepped down from Microsoft.