Lenovo moves into the SMB server market and in this exclusive review we see how well it stacks up against the competition. 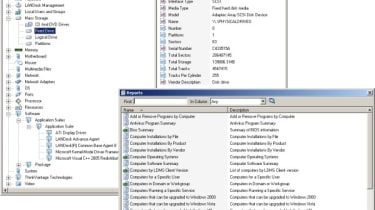 Taking over IBM's PC business may have given Lenovo a very strong position in the worldwide PC and laptop markets but to increase its appeal to SMBs it needs to be able to offer them a much greater range of IT services. The launch of its ThinkServer family of servers aims to remedy this and in this exclusive review we bring you a first look at its RD120 rack system.

The ThinkServer is the result of an agreement with IBM where Lenovo will produce single and dual socket servers based on IBM's xSeries technology. When we discussed this with Lenovo it was very keen to point out that this is not an OEM deal but that it is manufacturing the servers itself in China. Lenovo has targeted a range of SMB applications as the TS100 pedestal and RS110 1U rack servers are general purpose systems designed to run services including web, email and messaging.

The higher-end TD100 and TD100x pedestals plus the RD120 rack system on review here are also focused on SMB branch office deployments as well as running databases or possibly server virtualisation. Lenovo has given us exclusive access to all its ThinkServers and we've already looked at the TS100 and RS110 in our sister title PC Pro.

Lenovo advised us that after long term research it concluded that the SMB server sector presented it with the best opportunities. It's an area that IBM itself isn't that well structured to cope with as it has traditionally focused in larger businesses. Consequently, this deal works well for both companies as IBM can also make a profit simply by licensing its server technology to Lenovo.

Lenovo is also aiming to provide a superior support package for the ThinkServers. For the RD120, this starts off with a standard one year on-site warranty which is augmented by a 90-day trial of its Thinkplus Priority Support (TPS). According the Lenovo's research, around 95 per cent of problems experienced by SMBs occur during this initial phase but that a lot think the hardware warranty also covers them for software support.

The TPS trial provides a free protective umbrella for this critical period as it includes 24/7 telephone support for the OS and applications installed on the server, an upgrade path to four hour responses to hardware problems and an option to continue after the trial has ended. Data protection also comes into Lenovo's support equation as it offers an optional on-line backup service.

On to the server itself and at its foundation the RD120 is essentially an IBM System x3650 and so delivers a classy build quality that easily rivals the likes of Dell and HP. For storage you have a good range of options as the review system has room for up to six 3.5in SATA or SAS hard disks mounted in sturdy hot-swap carriers.