Here's our run down of the top 10 reviews of the past 12 months. 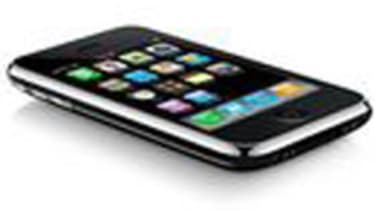 We can't let the iPhone 3G have all the fun can we? RIM has been consistently pushing for some time to shed its straight-laced, corporate image and show the world that it's there for the fun things in life too. And surely even the most hardened sceptic would appreciate the bright display, the headphone socket, the loud speakers and iTunes compatibility of the Bold? They'd also like the quality feel, the Qwerty keyboard and its overall ease of use. It's also rather good at email too! The failed experiment that is the Storm only goes to show that sometimes it pays not to try too hard to mimic the competition.

Multi-function printers are now the lifeblood of most small offices and Brother's MFC-7840W really caught our attention back in May. Sitting at the higher end of Brother's SOHO range, its feature set was impressive at the price and still is. While it may not be a looker, ergonomically it's a success with a well-laid out approach. We also liked its turn of speed and print quality in addition to the running costs. All-in-all, a home run for Brother.

The arrival of the Apple MacBook Air and Lenovo's X300 at around the same time could be seen as a classic Mac vs Windows, hip and trendy vs corporate battle. The Mac was as sleek, thin and achingly cool as a laptop could be. The X300 was a large black slab that seemed to have deliberately soaked up any attempts at style that the Lenovo engineers had tried to give it.

But that of course gave it its own cool style. It was almost as light as the Air but still offered three USB ports, Ethernet, integrated mobile broadband and an optical drive, all of which the Air did not. Sure Windows Vista was a downer compared to the Air's Mac OS X, but in terms of hardware, the Lenovo was a clear winner.

Miniframe, a small Israeli company, produced one of the most interesting, and controversial, solutions of the year. It looked to heavily reduce licensing costs by removing many of the restrictions of Windows XP, enabling up to eight users to work from a single PC at the same time.

In cash strapped environments, such as in education, in developing countries, or any major banking institution, the economic benefits are obvious. However, the licence-skipping antics of Miniframe did not amuse Microsoft, who after being made aware of SoftXpand following an enquiry by IT PRO, referred to the software as, "a clear violation" of its licensing rules - a statement that did not go down well with Miniframe. Either way, this is an intriguing technology and we look forward to seeing how it develops in 2009.

While Intel prepares waits to launch a server based on its all conquering Core i7 desktop processor, it has to make do with Dunnington or the Xeon 7400 series. This 45nm part offers six cores, 16MB of level 2 cache and clock speeds up to 2.66GHz. Stick that in a quad socket system and you've got a serious solitaire machine.

Fujitsu Siemens' Primergy RX600 S4 is just such as machine and as well as raw performance we were also impressed by its remote management and expansion potential.