A mobile phone is an essential in almost everyone’s pocket nowadays. As different mobile technologies converge to become one unit, we’re pondering what we’ll see on every phone this time next year. 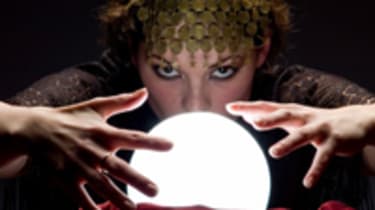 Although some handsets still don't feature 3G yet, it's something that will certainly grow in the next 12 months. As people start to use web browsing more and more on their handsets (even if just for Facebook), speed will become a big issue. By the end of 2009, HSDPA will be the preferred data connection for all manufacturers.

With GPS integrated into phones now becoming an expectation rather than a useful added extra, software companies will build on this with an influx of possibilities. Mobile turn-by-turn navigation will stamp out the paid for software, and you'll be able to find any point of interest on a map and then call it direct from your mobile. Take a look at Nokia's new improved Nokia Maps for just a hint of things to come.

After successful mobile phone-based near-field communication (NFC) trials in 2008 for making payments and accessing public transport, it's quite likely we'll see the first widely available device with integrated NFC towards the end of this year.

Social networking is becoming huge on the PC, so this will be a trend for mobile in 2009. Handsets including BlackBerrys ship with a Facebook app preinstalled so it's no surprise manufacturers are already creating social-networking based devices such as the INQ1 from 3. Expect more collaboration in this area with the likes of Twitter, MySpace and Facebook.

With BlackBerry introducing the click touch screen' on the Storm, we are going to see more technologies this year that change the way we use touch screens. Companies are likely to use more multi-touch capabilities as seen on the iPhone and LG KC910 Renoir, and there will probably be a lot more touch display devices coming out too.