Where next for Microsoft, Yahoo and Google?

As 2009 begins, the internet sector faces a challenge to rebuild itself after Microsoft’s failed takeover of Yahoo, and Yahoo’s failed advertising deal with Google. 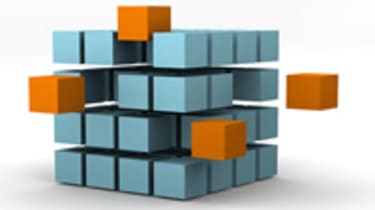 So where does this leave each of the respective companies? For Yahoo, the answer must surely be in trouble'.

Yang embarked on a big-stakes strategy in his high-profile resistance of Microsoft's offer, and at least when he had a deal in place with Google, there was something to offset murmurings from shareholders. And those murmurings needed addressing, too.

One of Yang's biggest critics, Carl Icahn, was eventually given a seat on the board of the company last summer in an attempt to head off a shareholder revolt over the rejection of the Microsoft offer. And while that may have worked, at least in the short term, disappointing numbers (three month net income to the end of June was $131m, down nearly 19 per cent) and the failure of the Google mash-up will no doubt set the alarm bells blaring again. That shaky position ultimately cost Yang the support of the board and with it his job.

This all leaves Yahoo with some stark choices. You suspect that its preferred option is to continue as a separate, independent entity, but surely now that door is starting to close for the firm. Unable to match Google levels of investment, and falling behind as each year goes by, Yahoo simply doesn't look like an organisation that can adequately compete against the might of the Google juggernaut. Its ad platform is less effective and profitable, its Yahoo 360 social networking tool barely made a dent anywhere, and its search business is nowhere near as popular as it once was. Granted, it's still number two in the web search marketplace, but there's little sign that it can hold that position in the long term, nor that it can mount any kind of challenge for first place. In short, the only way is down, or at best, in exactly the same place it is now.

Option two would, therefore, be to find another partner, and again, the list of possibilities here isn't very long. At best, it seems that AOL is the most tangible target, but even it isn't the giant in the marketplace it once was. A union of Yahoo and AOL would surely be more a consolidation of two former superpowers, rather than a strident march forward. Iit's not going to keep Google executives awake at night, either. Believe the rumour-mill though and there's arguably an element of smoke to this proverbial fire and this is the path that Yahoo is currently investigating. That said, next to Google, it doesn't look like a particularly convincing Plan B, and is more sticking plaster than solution.

Which all leaves option three, and that's where Microsoft re-enters the equation. Because right now, it seems that Microsoft is best placed to come out of all of this the happiest. Last year, it was prepared to invest a very substantial war chest in Yahoo, and when it walked away from the deal, there were understandably many who thought that Yahoo would never see a better price again. Microsoft offered $31 a share for Yahoo, and while its price bounced up a little off the back of the collapse of the Google deal, at the time of writing it is currently trading at $11.40, which would value the firm closer to $15 billion. That's some decline in value in just a matter of months.

Yet factor in too the global credit crunch that has hit hard since the original deal was mooted, and Microsoft now stands a solid chance of reigniting a deal with Yahoo, and for a much, much lower price. Even were it to offer the current share price, it would still be a good two-thirds less than it was originally willing to pay. But it's very much a buyers' market right now, and Yahoo may find itself accepting a deal that pays even less than that.

For the truth is that without Google by its side, Yahoo looks not just vulnerable, but downright weak. Little wonder it apparently went to great lengths in a failed attempt to try and rescue the deal with Google. But will all this convince Microsoft to bite, and snap Yahoo up in the sales? Quite possibly, and understandably speculation has been as rampant as formal word has been scarce. For while Yahoo isn't going to bolster the Microsoft ranks to the point of making a heavy dent in Google's market share, it does at least make it a more substantive opponent.

Which all leaves Google in the middling position, with perhaps a warning sign for the future that it needs to be wary of. It's certainly clear that very little has actually changed thus far for the company, and even if Microsoft and Yahoo do join forces, it still has a dominant position in the marketplace that will hardly be dented in the short term. The slight concern must be, though, that regulators now clearly have their eye on Google, and will surely be watching its future actions.

The potential deal with Yahoo was arguably as much about testing the water about how far it could extend its tentacles, before the authorities snapped. Now it has some kind of answer, one that ensures that Google is on the regulatory radar, no doubt ironically close to Microsoft's name.