It’s an ambitious and worthy idea. But how much money is he talking about, and who is going to get it? 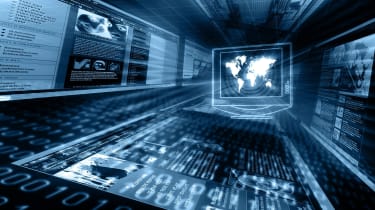 Prime Minister Gordon Brown has revealed ambitious plans to usher in a new digital age in a government infrastructure drive which could create up to 100,000 jobs.

Speaking to the Observer, Brown said that he planned investment in superfast broadband, which could be the modern version of Franklin Roosevelt's "New Deal" in the 1930s, which directed much-needed money towards public works such as dams and roads.

He compared the building of roads, bridges and railways, which were anti-recession measures made to stimulate the economy after the Great Depression, with the situation now where a recession is looming and we're all being hit hard by the credit crunch.

Brown said: "You could [by comparison] talk about the digital infrastructure and that form of communications revolution at a period when we want to stimulate the economy. It's a very important thing."

Rory Cellan-Jones, commenting on his technology blog on the BBC website, said that he acknowledged digital communications could be very important.

However, he was far from clear about how much public money would be spent on the fast broadband service, or who would get it. He quoted a figure of 29 billion from the Broadband Stakeholder Group.

He also said that BT and Virgin Media were the only two companies with the scale to take a fibre network across the UK.

IT PRO revealed last year that BT was willing to invest 1.5 billion in a national fibre-optic service to around 10 million homes and businesses.

However, he warned that putting public money into superfast broadband could stir up a number of issues, such as the possibility of giving the big companies like BT too much power.

What's more, as everybody would want an equal stake in it as it would be "broadband for all", it could potentially cause a conflict with the wishes of company stakeholders.

He said: "Once the public sector is involved, every household may come to see fast broadband like free healthcare as a right, not a privilege.

"In short, then, finding the public money to pump into fast broadband might be the easy bit. Designing the pumping mechanism will be a lot harder."

A Digital Britain report, which IT PRO has already revealed is likely to suggest that every house in the country should have broadband, will be released later this month.