The continued curse of cybersquatting

For some, it’s a problem confined to the early days of the Internet. But current figures suggest that the cybersquatting problem is, if anything, growing. 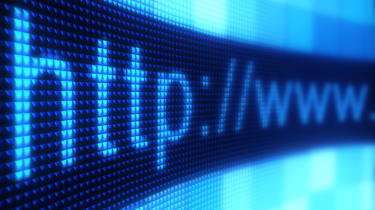 When Pizza Hut decided to rebrand some of its eateries as Pasta Hut, it committed around 100m to the project, which is likely to run for several years. Backed by television and print advertising, it's a major and costly gamble for the firm, which is looking to change its image to encompass the breadth of items on its menus.

Sadly, however, that 100 million budget clearly didn't include a few quid to go and register the domain for the new brand name, and it took roughly a few minutes for cybersquatters to put their flag in the sand instead.

As such, at the time of writing, the domains for pastahut.com, pastahut.org, pastahut.net and pastahut.info are not in the firm's hands, rather those of individuals who were considerably quicker off the mark. Given the amount of planning that must have gone into the 100 million Pasta Hut campaign, this is quite an oversight.

Furthermore, as none of the domains are being used in an attempt to muscle in on Pizza/Pasta Hut's business, it won't necessarily be a quick process to get them onto the firm's asset register. The current owner of pastahut.com is billing the site as an online auction portal, stating "This is pastahut.com not Pasta hut" (sic) at the bottom of the page. He originally left his contact details there too, should anyone have any reason to get in touch, but these have subsequently been removed.

All of this highlights something that remains as pertinent an issue as it was many years ago when it first appeared: cybersquatting.

While it's likely to get the aforementioned domains in its grasp in the coming months, Pizza/Pasta Hut is facing extra hassle that could have been easily avoided and perhaps even a sizeable bill as well. All this trouble because it gave a window of opportunity for opportunists, which they quickly capitalised upon. Given the historical troubles many firms have had with such matters in the past, it beggars belief that a large organisation could miss something so simple.

Back at the start of the decade, cybersquatting was prevalent and tricky to fight as many organisations found to their cost. Over time, processes were put in place by ICANN that allowed businesses to challenge those who have registered domains that capitalise on another's trademark, and most disputes tend to be quietly settled. However, that hasn't slowed down the cybersquatters to any degree, and in many cases, the effect has been quite the opposite.

And you can see why. For the person sat in their living room, registering a domain name costs 10 or less. What's more, it generally only takes a few mouse clicks to do. The worst-case scenario that the registrant then generally faces is that they may have to surrender said domain name, often even getting their tenner back in the process.

However, the flip side is that there's the potential to score big bucks. While there's a dispute process in place, it doesn't always although it does usually rule in favour of the big brand.

Alternatively, it could be that a company spends a small sum out of court to secure the domain name it's after, negating the need for any legalities at all in favour of good old-fashioned certainty. Either way, for the registrant it's a low risk enterprise, and one that's led to some notorious cybersquatters registering in excess of 150,000 domain names.

It's unsurprising, then, that cybersquatting continues to be a thorn in the side of many organisations. MarkMonitor investigated what it regards as the abuse of brand names online, and came back with some startling statistics. Cybersquatting had increased by 38 per cent in the past twelve months, reporting 428,617 instances in the second quarter of 2008 alone. That's thousands of cases a day, and the upward trend shows little sign of slowing. The squatters are simply not being put off.