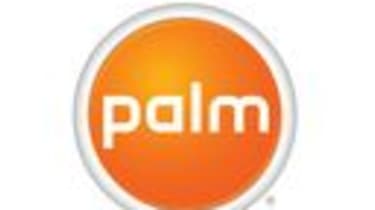 Palm has revealed a revamped version of its mobile operating system in an attempt to claw back market share from its rivals in the smartphone space such as Apple.

It also unveiled the Pre smartphone, a touch-screen device with GPS, Wi-Fi and a slide out full keyboard. It will be available exclusively on the network of the third largest US mobile carrier Sprint Nextel in the first half of 2009.

Palm has been staking its future on the launch of the new operating system and phone, which it has been developing since 2007. The company, the pioneer of touch-screen phones with the Treo, had been steadily losing market share to the iPhone, Research in Motion BlackBerry and other devices.

Analysts at CES said they were impressed by the Pre, but JPMorgan analyst Ehud Gelblum noted the exclusivity agreement with Sprint could limit sales. Sprint, which has been struggling to stem subscriber losses, trails well behind rivals Verizon Wireless and AT&T.

"Palm bet the company on this so they had to come through and they did," said Gelblum. "The only drawback is how long is it going to be on sale only with Sprint? It's a smaller addressable market than they otherwise would have had."

The new operating system may make Palm, which got into the smartphone business by buying rival Handspring, a more attractive takeover target, another analyst said.

"I liked the operating system a lot," said JPMorgan analyst Paul Coster. "If they don't execute, somebody's going to buy them."

He added that a buyer would save the years of work it would have to spend developing such a system.

"Anybody (in the cell phone market) who's not developing an operating system has to be interested," he said.

In June 2007, Palm agreed to sell a 25 per cent stake to private equity firm Elevation Partners for $325 million (214 million) in a deal that brought in Rubenstein. Since then, the company has in many ways told investors to wait while it puts the finishing touches on the new mobile platform.

In a demonstration at CES, Palm executives showed how the Pre phone easily consolidates multiple communication services such as instant messaging, text messaging and social networks such as Facebook, and multiple email systems.

Sprint Chief Executive Dan Hesse told Reuters after the launch the Palm phone is "very important for Sprint" but he declined to give sales estimates or more details.

Sprint shares rose over 8 per cent, helped by the Palm contract and Hesse's comments that the economic downturn had a limited impact on the company in the fourth quarter.

At CES, Palm - which also sells the Centro, a relatively low-end smartphone -also showed the Touchstone, a small round cosmetics jar-sized inductive charging dock that powers the Pre phone simply by placing the handheld on the dock.