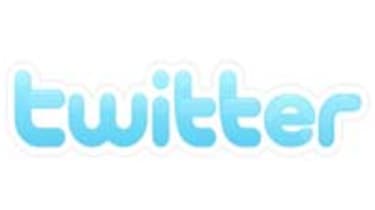 At the time, pre-the extremities of the credit crunch, the asking price was somewhere in the region of $500m (this for a site that its owners freely admit spends more than it makes), although it's now understood that Twitter is being valued at roughly half that amount. We're coming to that shortly.

It's believed that the stumbling block for the proposed Facebook/Twitter deal was the fact that the former wanted to pay for the latter almost entirely in stock rather than hard cash, and that questions were asked as to the true value of the stock that the former was offering. The deal was reportedly under discussion for several weeks, before being formally rejected by the Twitter team. There was also reportedly a feeling on the Twitter side that the potential sale price of the company could head further north. And that could prove to be wise thinking.

So who does that leave in place? It'd be folly to rule Facebook out entirely, but like many companies in its position, it's going to struggle to raise hard cash to fund such a transaction. Even though the cost of borrowing has fallen, finding someone to lend you the money in the first place remains challenging at best.

That switches the attention to companies with cash in the bank. Microsoft is usually first stop, but its investment in Facebook and recent round of lay-offs and redundancies make it a less obvious candidate this time round, although it'd be foolish to rule it out entirely.

The proverbial finger of possibility then moves to point in the direction of Google. The one weakness in the otherwise seemingly impenetrable Google online armoury is social networking, with only the bought-in YouTube service generating the heavy numbers hoped for and expected. Furthermore, it's also closed down its own Twitter-a-like service, Jaiku, which some suspect sets things up for a potential acquisition. It'd certainly be a fine fit for the Google empire, although given the regulatory attention that the attempted deal with Yahoo brought with it, Google is likely to pick its targets carefully.

The final option is for venture capitalists to step in, and it's been reported by TechCrunch that a valuation of $250m is doing the rounds (we'd assume that's a cash, rather than stock, price). This kind of deal would inject funds into Twitter, presumably to come up with a full commercial platform to go hand in hand with the soaring user numbers, and could prove to be the most likely transaction in the short to medium term. It's also likely to be the one that appeals most to the Twitter management team.

Whatever happens, the predictions for Twitter in 2009 are almost entirely positive. Most seem to believe that we've still not seen it hit the peak of its growth, and that this year we'll see it become a far more mainstream service than it currently is today. That also means that if a firm is looking to make an investment into it, then it makes sense assuming it can raise the capital to do it now, before the service fully takes off. Because when that happens, the price tag that looks prohibitive now is set to go along with it