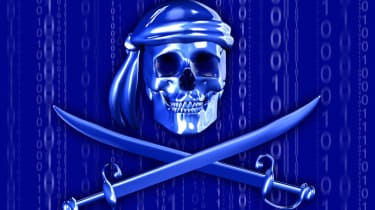 though of late that's started to change. In such a huge market, ubiquity whether achieved by marketing or the result of pervasive copying will increase Microsoft's future market share and eventual earnings, especially as political pressure forces the Chinese into conforming with western "intellectual property" law.

In some circumstances it pays to turn a blind eye. Bill Gates admitted as much at the University of Washington as far back as 1998. "Although about three million computers get sold every year in China, people don't pay for the software," he said. "Someday they will, though. As long as they are going to steal it, we want them to steal ours. They'll get sort of addicted, and then we'll somehow figure out how to collect sometime in the next decade."

Or as Scott McNealy likes to put it: "The first hit of heroin is always free."

Indeed, the ubiquity of copied products on home desktops may have had some positive benefits for the companies concerned. A student graphics designer, secretary or manager, may learn his or her craft on illicitly copied or pirated software how else could they afford it? but takes the acquired skill and familiarity with a particular product into the business market place, which stimulates sales.

A continuing presence on the home desktop ensures a workforce that expects to see the same product at work. There is a marketing strategy which advocates this kind of behaviour if not by means of piracy by providing a loss leader at less than the cost price to stimulate the market, as Microsoft demonstrated with the Internet Explorer giveaway.

Similarly, adult education courses on computer skills are seldom more than guides to Microsoft Office, and the students on such courses are expected to have copies of Microsoft Office pre-installed on their home computers. Many of these copies will be pirated, but familiarity breeds necessity. Office workers expect Microsoft Office to be installed on every desktop, and the pricing regime ensures a healthy revenue from professional users.

Increased availability of a product can stimulate sales of that product and raise the profile of related products. And businesses know it which is why so many high profile products have appeared on magazine cover CDs.

It is said that "a third of all products installed on personal computers is pirated," and there were suggested "revenue losses of $33bn for 2004." Assuming these figures to be accurate, they reflect an intriguing disregard or innocence of the law by a significant minority of the user community.

In an essay entitled Promotional Piracy (pdf), Karen Croxson of Oxford University noted that: "In most markets there are some who would buy, but for lack of awareness they have yet to discover the product exists. The seller might tap this latent demand through costly advertising, PR, and other marketing initiatives. At the same time, current consumers buyers and pirates may lend a hand with this for free. Family, friends, and colleagues have long traded consumption experiences in everyday conversation. And now the Internet, with its weblogs, chatrooms, and other fora, enables these to be relayed on a global scale."