Former Autodesk head will take over reins at Yahoo. 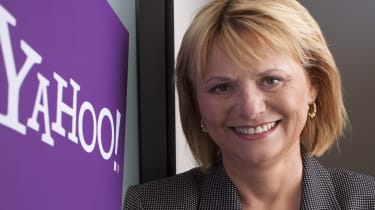 Yahoo has appointed a new chief executive to lead the company following former head Jerry Yang's move back to his old role focusing on strategy and technology.

Carol Bartz, who spent some 14 years as chief executive of Autodesk prior to joining Yahoo, will take up her new role immediately, according to the online giant.

Bartz no doubt appeals to Yahoo because of her ability to boost bottom line revenue. While at Autodesk, for example, she is believed to have increased revenues from less than $300 million to more than $1.5 billion, while also giving the company's share price a big lift.

"We are very excited to have Carol Bartz leading Yahoo into its next era of growth. She is the exact combination of seasoned technology executive and savvy leader that the board was looking for, and we are thrilled to have attracted such a world-class talent," said chairman of the board Roy Bostock in a statement.

"Carol meets all of the criteria we set for the search and is the only person to whom we offered the job. The board is united in its view that her energetic and decisive leadership style, coupled with a proven track record of driving growth, operational excellence and shareholder value, is exactly what Yahoo needs to get back on a path toward achieving its full potential."

Bostock also thanked Yang for his contribution to the company and claimed he would prove an "invaluable resource for the future." Yang returns to his role as Chief Yahoo'.

Bartz's CV is pretty impressive. With a degree in computer science from the University of Wisconsin, she's been involved in a variety of roles with companies that include 3M, Digital Equipment Corporation and Sun Microsystems. In addition, Bartz is the lead independent director of Cisco and serves on the board of both Intel and NetApp.

"Yahoo is a powerful global brand with a great collection of assets, strong technology, and enormously talented employees," Bartz said in a statement.

She added: "There is no denying that Yahoo has faced enormous challenges over the last year, but I believe there is now an extraordinary opportunity to create value for our shareholders and new possibilities for our customers, partners and employees. We will seize that opportunity."

Yahoo also used the appointment news as an opportunity to announce the resignation of its president Sue Decker.

Take a look at our feature discussing what is next for Google, Microsoft and Yahoo following the failed $44 billion bid by the software giant for Bartz's new turf.