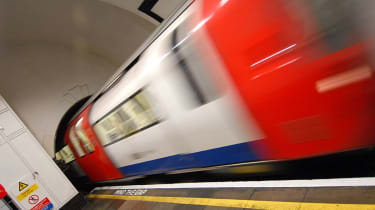 Airwave has completed its deployment to all 125 below ground London Underground stations - within budget and ahead of schedule.

The complete roll out of the terrestrial trunked radio (TETRA) network on the Tube means that British Transport Police, Metropolitan Police Service and the City of London Police will now be able to use the same radios underground.

Police Minister Vernon Coaker welcomed the completion, saying the system was now fully functioning ahead of schedule, and would help frontline officers carry out the work they already do in tackling crime.

"The Airwave system plays a vital part in keeping passengers safe. It allows police officers to communicate with each other quickly and safely to ensure an effective response to any incident," he added.

Tim O'Toole, managing director of London Underground, said the roll out was achieved five months ahead of schedule.

He added: "London Underground and the Home Office together with partners had the foresight to fund works to facilitate the link-up between Airwave and our new radio system prior to the Airwave contract being signed because of the benefits we knew it would deliver."

The Connect system forms part of a 10-billion investment programme by Transport for London. And the TETRA Tube roll out was initiated after the London Assembly called for improved public safety communications underground in its report into the 2005 London bombings.

Tony McNulty, Minister for London, commented: "One of the key lessons from the London bombings of 2005 was the need to enhance the resilience of responders' telecommunications systems and communication underground."