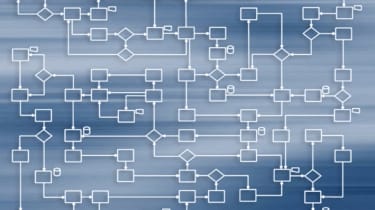 Michel Feaster arrived at HP after nine years working at Mercury, as part of the tech giant's acquisition of that firm. She promptly turned from acquiree to acquirer, driving the purchase of Opsware as part of creating an automation strategy for desktops, servers, networks and storage that she believed HP badly needed.

But why is automation so important and what can be automated?

IT PRO: Is the economic situation the main reason companies are needing to get back in control of their data centres with automation?

Feaster: Even before that there's three things that have happened that are really causing customers to step back and drive well, there's all these buzzwords for it: the next generation data centre, data centre transformation, data centre consolidation.

The first one is infrastructure sprawl people who didn't really didn't plan their data centre. Every two years network devices double, every year storage is doubling, and every five years servers double.

So as they've moved all their manual processes into software applications they've ended up with all these hundreds, thousands, tens of thousands of servers and all these different assets create a massive labour overhead. It's a common statistic: for every dollar you spend on hardware you're going to spend on OS management. The rate of growth in hardware has grown faster than the rate of growth of the IT budget. How do I cut some of that cost out via automation?

Secondly, application complexity has simultaneously been exploding. In addition to having physical infrastructure getting more and more goopy, you have apps that live on them that are much more logically complex.

Managing change in the last ten years has gotten infinitely more difficult. It's the opposite of a mainframe; you have this incredibly complex physical infrastructure and these incredibly complex logical applications that live on them and that marriage creates a lot of downtime. So the second area where people think about automating their data centres is around quality of service.

This is something we see in mature markets, especially if a customer has had a recent event. In Denmark earlier this year, there was a network config change made that took down half the apps in Holland.

And the third thing is virtualization, [it] is what just tips it over the edge. I'm adding this element of complete dynamism. Not only is your app super-complex, but it's running on multiple VMs; I'm starting things and stopping things and cloning things... This is really why every customer today is doing data centre consolidation, every customer is embracing blading to simplify their environment, because when you add these three things together it is almost unmanageable.

And how does data centre automation help with those problems?

What customers need is a better manageability solution; what they really need to have is visibility of all the applications. If I change a server, what's connected to it? If I want to add capacity to the data centre, how do I do it? If I go and change a network device, what applications are served by that switch? They need the ability to remove the humans to cut the cost to automate those physical provisioning tasks and changes.

And they clearly need audit and compliance capability because they need to understand if someone does something wrong, who did what, when and how do they rapidly fix it.