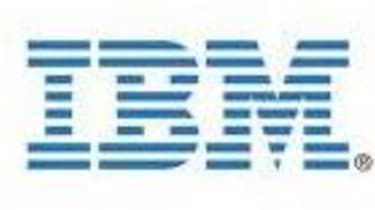 The company made no mention of layoffs, despite persistent rumours that cuts would follow these results.

IBM chief financial officer, Mark Loughridge, blamed its revenue drop on a stronger dollar, but stated that the first half of the coming year was expected to be tougher than the second, with relatively flat growth.

The bright sparks among the Big Blue's vast portfolio included software revenue, which grew three per cent and System p mainframe growth of eight per cent year-on-year. It also said it had signed services deals worth $17.2 billion (12.5 billion) during the quarter.

But IBM Global Technology Services and Global Business Services still suffered, posting a fall in year-on-year growth of four per cent and five per cent respectively. The Systems and Technology division dropped 20 per cent with revenue of $5.4 billion (3.9 billion) and System Storage revenue was also down 20 per cent.

In a further sign that its larger customers were reining in their purse strings, System z mainframe sales dropped six per cent and Retail Store Solutions sales dwindled by 28 per cent.

Europe, the Middle East and Africa (EMEA) was the IT vendor's weakest region, where revenue fell 12 per cent. But it was also down in the Americas by two per cent and one per cent in Asia-Pacific.