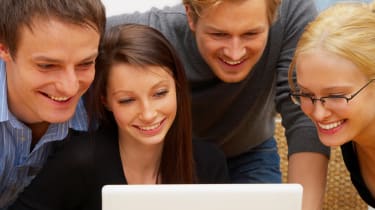 In short, there's a feeling that Microsoft's image is in better shape than it has been for some time, and has been on the upturn for several months. It's arguable whether that's down to circumstance or a concerted effort from the firm, but the headlines have suddenly made better reading for those from Redmond.

Microsoft, however, has some way to go. Just look at the slickness of the Apple PR machine, an operation that has conveniently blinded the mass market to issues such as digital rights management, the heavy pursuit of websites that leak news early and a general level of control freakery that, if practiced by Microsoft, would cause major ructions. Yet Apple is a stronger, friendlier and more-popular brand, with broad appeal particularly in the lucrative younger demographic. Microsoft is unlikely to ever match it.

But it doesn't need to. What Microsoft needs to do instead is to continue to build on the foundations we've seen over the past months. There are many who suspect we're not seeing any kind of significant shift here, and that a good few months does not a turnaround make. But those months certainly help, and at worst it can be classed as a start. And if this really is an effort by Microsoft to turn itself into a friendlier-facing company, then while it may be overdue, it surely shouldn't be sneezed at.

The next big test, of course, has just emerged in the shape of further legislative attention from the European Commission, which has now offered a preliminary conclusion that Microsoft has abused its monopoly positive where Internet Explorer is concerned.

Microsoft currently has a window to appeal, but the end result here is likely to be another sizeable fine. It's also potentially going to inflict some damage to the firm's image, at a time when its bully-boy perception had been somewhat tempered. It'll be interesting to see just how it reacts to this, and whether it looks to sort this out quickly, rather than all letting all parties suffer a repeat of the prolonged legal process last time round.

Microsoft, of course, is a company with decades of history behind it, and it's inevitable that there's a core of users who will never be adding it to their Facebook friends list. But even those who feel that the firm hasn't turned their image round in the past few months, at the least there's a strong argument that the decline has been arrested.

Now, however, the real work must surely begin