The worm of the moment appeared on NHS systems in Sheffield at the end of last year. 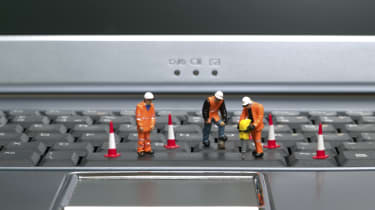 Even the health sector isn't immune to the ill-effects of the Conficker (or Downadup) worm, with confirmation that it made its way into Sheffield's hospitals network late last year.

On 29 December, the worm affected around 800 of 7,000 PCs used at the Sheffield Teaching Hospitals Foundation Trust which manages the five NHS hospitals in Sheffield.

David Whitham, informatics director at the trust, said in a statement that immediate action had been taken to remedy the problem and it was now under control. The trust added that there was limited impact on patient care, with only a few non-urgent appointments having to be rescheduled.

The trust remains unaware about precisely how the virus entered the network, but at around the same time the worm became evident the Microsoft update process had been temporarily disabled due to problems with some PCs in theatres.

Whitham said: "The virus has now been contained and our IT department have been working very closely with external anti-virus specialists to update PCs and remove the last remnants of the virus from the network to limit the chances of a repeat infection."

The Conficker worm has been growing massively ever since it was first detected in October and a patch from Microsoft was rolled out.

Although the Ministry of Defence hasn't confirmed it, some reports claim the recent virus that hit its systems was also Conficker.