It was 25 years ago that Apple released the original Macintosh – we take a look at the major moments in the history of this iconic computer. 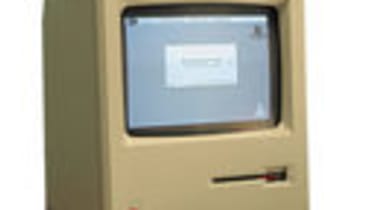 In 1997, Apple was an ailing company. It's had an overly complex product line-up that confused consumers that were largely ignoring its offerings. That year, Steve Jobs returned to head up the company he created and a year later the iMac appeared and saved the company. The two events were not unconnected.

Like the original Macintosh, the iMac was an all-in-one computer combining the display and innards in a single unit with a handle. It was also the first computer to ship without a floppy drive, relying instead on USB ports. Its design was ground-breaking with its translucent casing giving it a look that was unlike any computer previously released. Not only did it start the computer industry's move away from boring beige boxes, but it also heavily influenced the design of non-computer products, with multi-coloured transparent plastic appearing everywhere for a while.

While the stand out achievement of the original Macintosh in 1984 was its operating system, by the end of the 90s, MacOS was looking decidedly long in the tooth.

When Jobs returned to Apple in 1997, not only did he realise that Macs needed a new aesthetic, he also new that the OS desperately needed to be updated. Fortunately, Apple had at its disposal the expertise it had bought from Next, the company that Jobs himself had founded when he left Apple in 1985. Next provided the key technology behind Mac OS X its core is derived from the object-orientated Nextstep OS, which itself was derived from Unix.

Mac OS X version 10.0 was released in March 2001 and introduced features such as pre-emptive multi-tasking and protected memory. The user interface was also revolutionary, with its Aqua' interface offering effects such has translucency and soft edges. MacOS X continues to be regularly updated and even powers today's iPhone. Version 10.6 - 'Snow Leopard', is waiting in the wings.

As LCD displays became more cost effective, Apple redesigned the iMac, placing a screen atop a half hemisphere containing the whole rest of the computer - including an optical drive. Apple spent a lot of time getting the lever just-so' so it moved precisely to small adjustments. It also brought white colouring to the Apple's Macintosh line, an aesthetic it had introduced with the iPod in 2001. Spec-wise, the iMac got a significant speed bump, with the introduction of the G4 processor.

The iMac G5 was significant not for its specifications but for its appearance. Introduced in mid-2004, it once again returned the iMac to an all-in-one design with the entire computer housed behind the LCD display mounted on a stand. With everything built-in, users needed only to plug in a keyboard and mouse matching ones, of course.

Later a webcam or iSight' camera was added and it was also the last iMac to feature a G5 processor - later models used an Intel CPU. The all-white design became Apple's signature motif at this time, and aside from moving from this to aluminium and glass, the current iMac follows the same design.

The ongoing debate between the merits of Apple PowerPC architecture over the 'Wintel' machines became moot after Apple announced in 2005 it was itself moving over to Intel. The G5 was struggling to keep up with Intel chips and ran too hot to be shrunk down to fit into laptops. The result was the first Intel-powered laptop the MacBook Pro, introduced in January 2006. It's fair to say that Apple has never looked back.