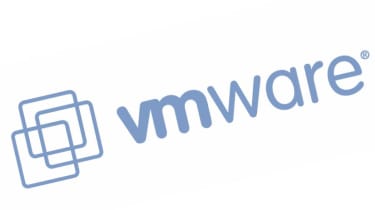 Tayloe Stansbury joined VMware a year ago from software company Ariba, where he was an executive vice president. As chief information officer (CIO) of VMware, Stansbury is responsible for running the vendor's world-wide IT infrastructure, as well as providing a showcase for the company's virtualisation technology.

In his time at the firm so far, VMware has seen both its founding chief executive and its chief scientist leave, and Microsoft enter the market but Stansbury has also driven VMware's own use of virtualisation to 93 per cent of its IT infrastructure.

IT PRO: Virtualisation is a hot topic in IT. It is among the top four or five spending priorities for almost all CIOs at the moment. What do you think is driving that?

Stansbury: There are a lot of things driving interest in virtualisation at the moment. Energy cost is one of them. Hardware server cost is another. Avoiding building out new data centres is another and uptime of systems is the fourth factor.

There's been a big move from the mainframe to client server and from there to PC servers. PC servers have proliferated everywhere, but most PC servers are running at a load level of about 10 per cent, maybe less.

Virtualisation allows you to push the utilisation on a given server much, much closer to 100 per cent. In fact, if a server is being overloaded, we can move that application to another server, without the user knowing. It does allow much greater server utilisation than was available in the PC server market before.

So is the key point to make better use of resources companies have already bought, or planned for?

That's exactly right. Therein come the savings, in hardware purchases in building out data centres, and on energy costs. In fact not only should it be possible not to buy new hardware but to consolidate onto a smaller set of hardware.

We can also automatically power-on or power-off servers as they move towards peak loads. As you can imagine, that took a great deal of R&D, it's a piece of technology none of our competitors have and Microsoft in particular won't have for a couple of years, at least.

You're in your first year as CIO of VMware. What have you learned about running a highly virtualised environment in that time?

One thing is that one need have no fear about virtualising all of the infrastructure that you have. We have successfully virtualised our ERP system, which includes financials and order-to-cash. We have virtualised our communications including our Exchange server, and we are running about 93 per cent virtualised at this point. All of that has been quite successful and has enjoyed higher uptime than we had before.

Are there some critical, preparatory steps you would advise CIOs to take, before virtualising their environments?

The first piece of advice I would give is to just do it. In terms of preparing to do it, some training is a good idea. Systems design is always important. We have a tool called Capacity Planner that will help you with designing your systems.

And, in addition, load-testing tools can be very helpful if you set up a virtual environment with software you intend to run, and run those environments with higher loads than you would expect to see in production. That can be helpful in convincing everyone that the move to virtualisation will be successful, when it happens.