Super-fast business broadband networks are already laid throughout London, but should the government fund these to reach farther? 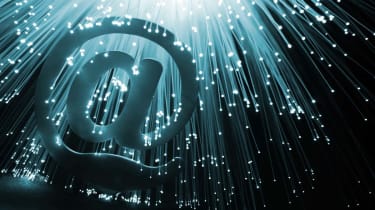 The question as to whether or not businesses really need super-fast broadband and fibre optic capability has already been out there for some time - but is it worth expanding the roll-out using government funds?

AboveNet already has an extensive metropolitan network in place, which covers central London and goes out to Heathrow. From 1999, streets were dug up to lay fibre optic cables, and now the dark fibre network extends out about 200 kilometres around the capital. While Virgin Media has lately been quoted as offering 50MB connections for consumers, AboveNet was providing 10GB connections.

The network was designed to go within 50 metres of the top 500 businesses within London. At that time, only the really large corporations had the money to use these connections, so AboveNet left it up to them whether they wanted to use the fibre.

A decade later, eight out of 10 of the largest banks in London now use AboveNet's dark fibre. It is clear evidence showing some of the larger businesses see super-fast fibre optic broadband networks as a necessity.

He said: "Not only do they [businesses] get the capacity, but they get the security. It's not shared with anybody else. We can route the fibre in the shortest distance possible.

"Even the traditional exchanges and systems are getting huge spikes in the volume of data. The [financial institutions] need infrastructure which could cope with that."

He said that fibre was the only way that this could be done and that shared consumer systems or wireless connectivity couldn't work, because they aren't secure enough.

With the economy now revolving around the service sector, Potts argued that government-funded business connectivity out of the main centres like London would have rich benefits when it came to getting the UK out of its current economic hole.

He said: "To energise areas and let some of the larger companies create jobs and establish themselves in places, they are going to expect the connectivity to be there."

AboveNet's chief executive Leeland Pavey said that the government needed to give some financial incentive because a fibre optic infrastructure would be incredibly expensive.

He said: "We've built similar networks in Dublin, and I know the Irish government over there had some initiatives to roll out fibre optic networks to other towns outside of the city, because it was seen as generating lots of business to the detriment of the rest of Ireland."

Teresa Cottam, director of research at telecom analyst Babworth, said that some small businesses would benefit from fibre optic cabling and better telecom cabling - but not all of them.

She argued that such government-funded networks would effectively be a tax subsidising rural and remote areas, and this wouldn't be a good option in the current economic climate.

She picked out the example of Scotland, which has a lot of very remote areas, and compared it to the south east of England, which had the UK's highest population concentration.

"Effectively, what the government would be asking is for consumers and businesses in the [busy] areas to subsidise somebody in the far north of Scotland just to get a fibre connection," she said.

"There's a question about whether that's good for the market, whether there's a demand for it, or whether the consumers are likely to pay more for it."

Cottam said that the government needed to look at different technologies in the upcoming Digital Britain' report, and then make a decision as to whether fibre was indeed the best way to go.