The latest research has found retailers are learning the lessons of last year’s TJX hack and improving their wireless network security, but London lags behind. 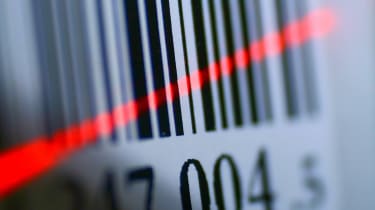 London has come in at the bottom of the pile when it comes to wireless security protection used by retailers, according to the second annual survey of 4,000 stores in some of the world's busiest shopping cities.

The research also found 44 per cent of the wireless devices used by retailers such as laptops, mobile computers and barcode scanners could be compromised.

This was still significantly lower than the 85 per cent of wireless devices that had security vulnerabilities in the same survey last year, around the same time as details of the Wi-Fi hack at US retailer TJX, causing one of the biggest known theft of credit card details in the world.

Motorola scanned the airwaves at major shopping centres across the US and in London, Paris, Seoul and Sydney for the presence of wireless networks using systems from the wireless local area network (WLAN) network security provider, AirDefense it acquired in September last year.

The Motorola AirDefense survey monitored 7,940 access points (APs) and found 32 per cent were unencrypted, compared to 26 per cent in last year's survey.

But new WEP deployments are prohibited by version 1.2 of the Payment Card Industry (PCI) Data Security Standard (DSS) in any part of the cardholder data environment (CDE) beyond 31 March 2009 and must eliminated from the CDE by 30 June 2010.

The research pointed out that, by using the same technology, configuration, security and naming conventions at every retail location, merchants can essentially repeat vulnerabilities across the store chain, rendering them non-PCI compliant and susceptible to attack.

Richard Rushing, Motorola Mobile Devices senior director of information security said that, despite an improvement on the numbers of vulnerable wireless devices found, "a significant majority of retailers are still susceptible to a network intrusion".

"[It's] a sign that wireless security remains an afterthought for many," he added.