Digital Britain plans will need good managing and the involvement of a range of industry insiders. 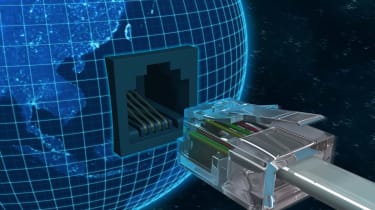 Lord Stephen Carter has unveiled his interim Digital Britain report plans, and as expected providing broadband for all by 2012 was high on the agenda.

In fact, the interim report contains more than 20 recommendations, including proposals such as the modernisation of the wireless radio spectrum, improvements to digital radio services, the creation of a new and significant public service provider and the development of a wide range of high quality public service content.

Although the recommendations are wide ranging, Carter said that the UK needs only to build on its existing successes. He said: "We cannot rest on our past, or present, successes, not least because other countries are increasingly making the development of a digital, knowledge economy a centrepiece of their own economic development."

The proposals so far are realistic, but they might start to alter over time, and would need good management, according to Rob Bamforth, principal analyst, for communication, collaboration and convergence at Quocirca.

"When governments release rafts of measures on what seems like a daily basis, there is the risk of some getting swamped. This needs focus, drive and ownership to get it done - maybe we should be looking for a 'digital czar'?" he said. With more work to be done on the proposals, and a short space of time left to complete any resulting actions, charging one person with the issues may be a very good idea.

One in 10 households is currently unable to get the highest broadband speeds advertised by the main players, because of their location. Being far from a typical exchange means that lines are shared and speeds compromised.

Someone must pay to resolve this, according to Carter. It was already well known, and confirmed by the Department for Business, Enterprise & Regulatory Reform (BERR) earlier this month that the major telecoms players - our source quoted Virgin and BT - were already showing promising signs of investing. Now Carter has called for everyone in the UK to get access to a broadband speed of at least 2 Mbps.

The involvement of the telecoms firms will be crucial to any plans that Carter has in place, according to Bamford. "They are all feeling challenges to their finances with not only the natural market commoditisation of some services, for example voice telephony, but also the downturn," he said.

"They will need to feel supported if they make long term infrastructural investments, without this having a detrimental effect on the other players who will need to be encouraged to innovate. Support in the long term may mean regulator ring-fencing against opportunistic competition from those who haven't made these long term commitments."

2012 is a key year for the UK. It is hosting the Olympic games and the ability to provide live streaming, and other services during the game are a key factor in the plans. Carter, as former head of watchdog Ofcom, and a previous managing director at NTL, has a good understanding of the technology involved. Something that shows in his proposals. But with an increased focus on digital media delivery, Bamforth expects to see more considered involvement by firms involved in production, as well as distribution.

"His telecoms background shows through, and while that's important as we're dealing with essentially a digital utility, I'd also like to see some significant direction coming from the two areas of content - IT and media," Bamforth said. "It will be applications (IT) that stimulates service innovation and new business opportunities for service providers and the media industry that provides content that stimulates the user/subscriber."

The final Digital Britain report is expected in June this year.