With HTC’s Touch range of devices saturating the market, it’s refreshing to see the manufacturer reverting back to more traditional values with the HTC S740. 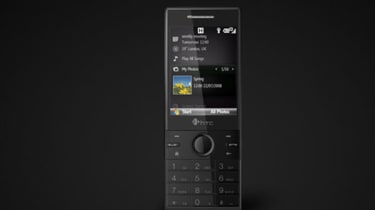 HTC has made a real impact with its Touch range of handsets, but the S740 goes back to the days of hardware keyboards and a pleasing Windows Mobile user interface.

Although pretty heavy at 140g, this isn't actually a negative. In fact, it makes the S740 feel sturdy and well-built; something many mobile phones today lack as devices become disposable and only designed to last the 18 months of a contract.

Its vital statistics - 116.3x43.4x16.6mm make it strangely long, narrow and pretty thick, even when you consider that it conceals a full Qwerty keyboard.

Unusually, the SIM card and memory card slots are under the screen section of the device, so if you wish to add or remove either, you will have to slide out the keyboard, turn the device over and release the microSD/SIM card slot cover. This does make it much easier to swap SIM cards and microSD cards compared to conventional devices where you have to remove the battery to gain access. However there is a disadvantage to this. Because the slot is together with the SIM card slot, you have to remove the SIM before you can get to the microSD card. This means you have to power the S740 down to swap cards, which is a real nuisance to those who like to store different information on several memory cards.

The rear takes the same prism-style textured design from the Touch Diamond, but gratefully fits in the hand better than previous models that had a sliding QWERTY keyboard such as the TyTn. This did however produce issues for us when typing emails. Because it's not flat, the S740 rocks from side to side when typing if you lay the S740 on a desk. This left us with no option but to hold the handset with both hands and type.

We found the keyboard a little too springy to write lengthy emails on comfortably, although the buttons are large and well placed. In usual HTC style, the right-hand soft key isn't in line with the text on the screen, at first creating some confusion. Access to the two soft keys on the QWERTY keyboard is limited, and those with larger fingers will struggle to press them without a concerted effort.

Although responsive, the sliding mechanism can sometimes be a little too violent, leaving you with blood blisters if you trap your finger below the keyboard, but at least there's no chance of it falling apart.