Where did Microsoft go wrong with Vista?

Vista faces a new challenge in Windows 7, but did Microsoft's many missteps ever really give its predecessor a fighting chance. 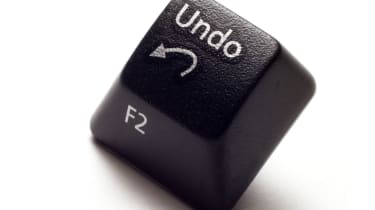 Poor Vista it just can't win. The current operating system (OS) from Microsoft was always in the shadow of its older sibling XP, and now there's a new OS coming along to make things worse.

Next week, downloads for the Windows 7 beta will be halted, and the next version the world sees will be the release candidate (RC) possibly as early as this year.

None of this bodes well for Vista, as some companies are apparently considering skipping the system in favour of the new and shiny Windows 7. Whether or not they should do so is the topic of some debate.

Deserved or not, the Vista OS has been much maligned in the press and by users. We track just a few of the mistakes Microsoft made with Vista and sincerely hope it avoids such missteps with Windows 7.

It's the only place to start. UAC is a security feature that prompts for user confirmation from a system administrator every time any low level settings are changed or drivers installed. The idea being that it would block malware from unknowingly entering the system. While it certainly does the job, the frequency of the interruptions has severely annoyed users.

As it turns out, that was apparently actually the goal; to irritate users to the point where they sorted out their security and their rights. However, the annoyance level is such that most have been turning it off completely, once again leaving systems vulnerable.

In a blog post, Microsoft engineer Ben Fathi admitted that UAC had gone too far: "We've heard loud and clear that you are frustrated You find the prompts too frequent, annoying, and confusing."

Developers eventually cut the number of applications, which promoted UAC to kick in from over 775,000 to 168,000, but that still left one in three user sessions being interrupted by the system.

While Windows 7 still features UAC, you won't be surprised to hear Microsoft has tweaked it so it's less annoying.

In IT PRO's review, way back in 2006, Vista got poor grades for performance. "System requirements for Vista are a mix of acceptable and demanding. Vista will run comfortably on processors up to two years old, but while it can run on 512MB of RAM, it needs 1GB or more to be a pleasant experience."

While service pack one (SP1) attempted to address this, it was hard to avoid the fact that older hardware simply wasn't robust enough for Vista. While that was no problem on new computers expect for the case of the Vista Capable debacle, which we discuss next it certainly gave another reason for businesses to hold off on a migration, given they would possibly have to buy brand new machines.

The hardware trouble also showed up in the Vista Capable debacle. A class-action lawsuit was filed in the US against Microsoft, because it turns out computers sold with a "Vista Capable" sticker were not, in fact, capable of running all versions of the OS.

This angered manufacturers particularly HP and didn't help the firm's standing among customers, either. On the upside, the scheme netted Microsoft $1.5 billion through the sales of the PCs, so while it didn't help Vista's reputation, it at least lined their coffers.

Despite all these problems, it wasn't as though Microsoft didn't have the time to work on it. Vista was released five years after XP, but was still delayed.

The software giant promised that it would be delivered in 2006. But when 2006 rolled around, just the business version arrived, with the home user editions released at the beginning of the next year. That gap meant consumer PCs weren't sold preloaded with Vista over the key Christmas buying season.