It will pay for businesses both big and small to have a good understanding of Twitter - here's a guide to the ‘next big thing’. 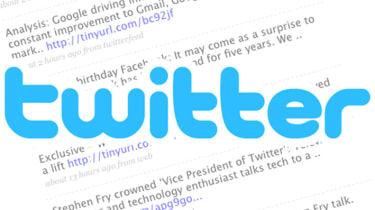 It's funny how IT can move so fast. Facebook feels like it's been around forever, even though it has been only really open to the public since 2006. It's been a massive success, but it's really a consumer platform where most people network and socialise for fun rather than for business.

Twitter, the new social network on the block is different there are obvious uses when it comes to businesses both big and small, especially for communicating with customers and promoting your brand... just ask Stephen Fry.

But it's still very much in its infancy and businesses are only just beginning to work out what Twitter can do. But for those just starting out on Twitter or those who have a familiarity with it and want to know how it can be used in the workplace here is IT PRO's guide to Twitter.

When starting on Twitter it looks horribly confusing - you start with zero friends, zero followers, and a space where you are meant to write a 140 character statement or "tweet". The idea behind Twitter is to find others to follow and get them to follow you.

The first step, according to a blog post by Kevin Rose of Digg who's the fourth most followed account holder on Twitter is to fill out the bio on your profile, as it is the only place to tell people who you are. It will be displayed on Twitter's suggested users page, so leaving it blank won't help you whether you're a company trying to market yourself or an employee trying to network.

Next, find some people to follow. From a business standpoint, it pays to find out who in your business circle has a Twitter account. There will be the option for Twitter to read your address book and add those on your list who are already on the site. If they aren't already signed up, you can ask them to join with an email invite.

The next step depends on what industry you're in. If you are in a technology-based industry, or a business working with technology, it will be easy enough to find people in your field.

You can follow anybody unless they've decided they don't want to be followed, and sooner or later you will get others to follow you. Generally Twitter etiquette dictates that a lot of the time people you decided to follow will follow you in return, especially if you are of interest.

The big advantage of something like Twitter over email or a social network is that unsolicited following or adding is very much part of the how the website works. This means that you'll be able to read all your chosen users' messages, even if they don't know who you are. It's the same if they follow you; they will see every message that you write.

If you are making the first steps in trying to get followers for your company be careful that you don't come across as spamming in your tweets. Because Twitter is so young, nobody is quite sure what the definition of being a spammer is.

However some individuals might not take kindly to you following people if you don't know them, especially if you are doing it en-mass, so be judicial about who you follow. However, the great thing about Twitter is that there are no hard and fast rules it's very much up to you how you want to use it.

Once you're following somebody who interests you, the networking comes in. There's the option to send a direct message to another user, which no one else can see. You can also type reply to a message that another Tweeter has sent you, by using @username + message command. It also causes your message to save in their "replies" tab.

Using the @username option and direct message systems, you'll be able to talk and ask questions in a much more open way than in a LinkedIn type network, where much of the time you'll only be comfortable with communicating if you knew each other already.