Chip giant unveils its plans for its upcoming 32nm chips, saying it will appear across desktop, mobile and server spaces by 2010. 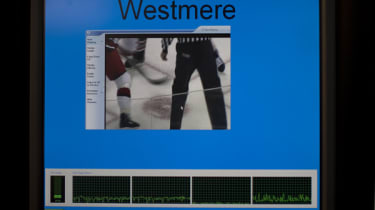 Intel has demoed desktop and mobile systems featuring its forthcoming 32nm Westmere' processors, as it revealed details of its product roadmap for the next two years.

Mark Bohr, an Intel senior fellow, said Intel was on track to continue Moore's law the prediction of one of its founders that transistor density on micro-processors would double every two years.

Bohr added that the product ramp for its 45nm process was its fastest and most successful ever and that it was on track for even greater yield improvement for its 32nm process. Yield is crucial when developing new processes as low yield reduces availability and increases cost.

"It's a major milestone, and we're really thrilled," said Stephen L. Smith, vice president of Intel's group operations. "We're well on track we have great product and process health that will enable us to ramp up and offer better products."

Smith said that Westmere was essentially its Nehalem' architecture, migrated to a 32nm process, with the addition of an integrated graphics core. While Nehalem as the Core i7 currently occupies the high-end desktop segment, Westmere would move into the mainstream desktop and mobile notebook space by the end of the year.

The first Westmere-based processors are due in the fourth quarter of the year and will be codenamed Clarkdale', with two cores and four threads. A similar mobile version will be known as Arrandale'. Both of these will for the first time feature a graphics chip integrated into the die of the processor itself. The integrated graphics, and the integrated memory controller - carried over from Nehalem - will be based on a 45nm process but next to the 32nm Westmere core.

To carry these new chips, Intel will be introducing its 5-series' chipset. "This simplifies the design by putting the high performance parts onto more advanced technology, simplifying the footprint and reducing cost," said Smith.

Smith said that the chip would offer Intel's Turbo Boost' technology, which temporarily increases the clock speed of a single core for single threaded applications.

New instructions aimed at improved encryption and decryption algorithms are also being introduced, and would specifically speed up AES encryption.

At the high desktop end, a six-core chip called Gulftown, without the integrated graphics, will appear in 2010.

On the server side, Westmere will appear in all segments, the entry-level (EN), mid-range, (EP) and the high-end (EX) - but the latter two will not appear until 2010. The entry-level dual core Xeon product will be based on Clarkdale and arrive in the fourth quarter.

Smith would not reveal the branding for the product, except for confirming that Intel was happy with the Core brand, which fits into rumours that the product will be called Core i5.