What next for tech’s top leaders?

You’ve heard of Fantasy Football Manager? Instead of football players, we’ve had a bit of fun with tech leaders by suggesting what they could do when they retire. 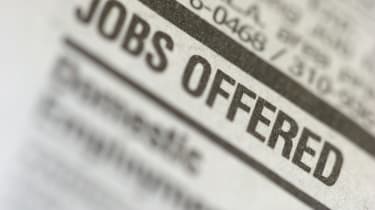 With the credit crunch hitting IT firms, job cuts are an ever increasing eventuality. But why start at the bottom? The last in, first out policy of letting people go just doesn't seem fair, particularly when you consider what options the more senior members of staff have available to them.

To help save firms money, and lengthy discussions with human resources, we've made a few tongue-in-cheek suggestions as to who could go, and what they could in a completely imaginary world you understand - do next.

SAP's Henning Kagermann studied mathematics and physics in Braunschweig and Munich, and now is an extraordinary professor at the Technical University of Braunschweig. It is known that Kagermann is nearing retirement, and he doesn't look much like a gardener, so what can he do next?

He could continue in his teaching roles. But think about it. An 'extraordinary professor', eh? What is so extraordinary? Is he like the Doc in the Back to the Future movies? He definitely has the physics background and the look for it. Plus, should he manage to find a DeLorean car he could have one of the young upstarts from Google play the Michael J Fox role. Which brings us to...

Google's Sergey Brin is 35, and the fourth youngest billionaire in the world. Although he would obviously make a great Marty McFly, he has too much going for him to give it all up for a career in the cinema.

Instead he should retire immediately and pursue the kind of bling-bling hip hop lifestyle favoured by rappers. But without the guns and stuff. He doesn't need a shooter or heavily tattooed pectorals to scare people anyway, a simple seems to suffice these days.

The first thing we would expect Sun's Jonathan Schwartz to do on retirement is perhaps get a haircut. The ponytail might not go down so well on the retirement golf course. So, if Jonny isn't intending to retire, but instead look for other gainful employment he might consider a short back and sides and perhaps a new suit.

Mind you, a conventional look does not appear to be that important, at least in the Silicon Valley style stakes, and Jon is known to be a prolific blogger. Perhaps he could head up a posse of Sex in the Silicon City girls. Food for thought?