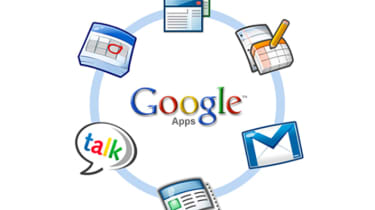 Google Apps Premier Edition has a new fan in the media world in the form of the Guardian News and Media group.

Google's web-based system is now being used by all employees across the group, which publishes the Guardian and Observer newspapers, letting them use Google's Docs, Calendar, Sites, Video and Talk even while working out of the office. Google Mail will be added later this year, in addition to email security from Postini.

"The way we were doing it before pretty much summed up as word attachments in email'," said Andy Beale, technology director for enterprise operations at the Guardian, who added that the group also used Lotus products for collaboration.

"We recognised this was not a good solution for a long time," he told IT PRO, explaining the company had also tried using newer tools such as wikis. "We very much saw wikis as being a solution but we established it's part of a solution, but not everything."

Beale said it became clear that email would be a key part of the equation, and that office products were a "de facto standard" for modern workers, so he started looking at systems that could offer both.

One consideration was to continue the investment in Lotus, but instead, the Guardian chose to move to Google's technology, because of the ease of use for staff and IT, in addition to the lower cost. "It's a competitive cost model compared to more expensive enterprise software."

While the switch was tied to the Guardian News and Media Group's move to new offices in St Pancras, London, Beale said the idea to use Google Apps came up during the Beijing Olympics last summer. The 30 reporters on the ground used the web-based collaborative tools to do work because they could access them anywhere.

Indeed, when picking new systems, the group had to consider the working habits of its staff. "We had to look at what type of staff we have now, and their expectations of technology," Beale said. "They're not interested in things that take days and weeks to configure or involve the IT department."

No formal training was required across the company for the Google Apps roll out, according to Beale. "People generally just get it," he said. "It is simple to use."

Because everyone already knew how to use the technology, or quickly figured it out on their own, IT staff were able to focus on creating awareness of more specific features, such as encouraging employees to make use of video chat functions rather than take business trips.

Off-site management and hosting does have a number of benefits. But Beale admitted it was initially a challenge moving to a software as a service (SaaS) model, as the data is held elsewhere and it can raise new security concerns. "That took a small amount of introduction and work to make sure we were all comfortable with that data model," he said.

The Gmail roll-out later this year won't be the end of the project. While the next moves are still in the "idea stage", the Guardian plans to take full advantage of its new investment, according to Beale.

"We do see it as a very core product now We will be looking to use the extensibility of it, using gadgets to bring in internal data and workflow type tools with it," he said, adding that he also hopes to migrate the firm's current Lotus Domino collaboration system to a Google version.

The Guardian's move follows one by its rivals at the Telegraph last summer.

That said, Beale believes Google Apps aren't just suited for the world of publishing. "I generally think that there isn't a sector thing going on here," he added.

"Anyone with requirements for group collaboration around information, anyone with a disparate workforce, would find these products useful."