Microsoft to hit the high-street with stores

Some eight years after Apple, Microsoft announces plans for its own high-street shops. 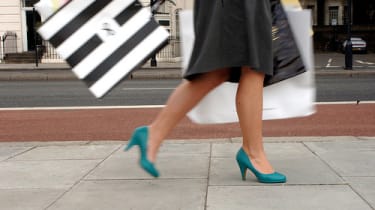 Microsoft will be joining Apple on the high street with a series of branded shops.

The world's largest software company, which also makes the Xbox video game console, did not say how many stores it was looking to open, or when, or which of its products would be on sale.

That is to be decided by David Porter, a former DreamWorks Animation executive, who Microsoft named as its new vice president of retail stores.

"There are tremendous opportunities ahead for Microsoft to create a world-class shopping experience for our customers," Porter said. "I am excited about helping consumers make more informed decisions about their PC and software purchases, and we'll share learnings from our stores with our existing retail and OEM partners that are critical to our success."

The long-rumoured move to open stores comes as consumer spending is under severe pressure due to the recession.

In the US it has already pushed electronics chain Circuit City into bankruptcy. A similar attempt by computer maker Gateway to open its own stores in the US and the UK some years ago was not successful. Long time UK electronics high street brand Dixons is also now an online only brand.

Microsoft, bruised by the poor reception of its latest Vista operating system, is facing increased competition from Apple, which is eating into the personal computer market and dominates the personal digital music player market with its iPod line.

While it is not known what products are going to be on sale, the stores will give Microsoft a space to demonstrate the touch-screen capabilities of its upcoming Windows 7 operating system. It also has announced an update to Windows Mobile, the operating system that powers many smartphones, and it will want to continue to push its Xbox 360 gaming system in the run up to Christmas.

Apple's stylish stores, now numbering more than 230 worldwide, twenty of which are in the UK, have been crucial in attracting customers in recent years.