Sony Ericsson unveils W995 and ‘Idou’ concept phone, and reveals its other plans for the future. 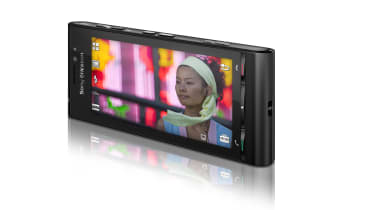 Sony Ericsson is fighting back against tough times with a new strategy and at least two new devices in the form of the W995 and Idou.'

The Swedish mobile company chose the eve of Mobile World Congress in Barcelona to reveal some of the products in its pipeline, demonstrating a flavour of things to come and a real determination not to let the economy get the better of it.

"[Last year was an] amazing year. But not always necessarily in the good sense. The mobile phone industry was hurt hard in the total atmosphere and Sony Ericsson was trying to find and is trying to find its way upstairs," said Lennard Hoornik, Sony Ericsson's head of global marketing and vice president.

Hoornik then went on to detail part of Sony Ericsson's new strategy, by co-announcing the company's new Entertainment Unlimited concept, which aims to more closely converge the worlds of communication and entertainment.

"Entertainment Unlimited lets us reinforce our position as THE communication entertainment brand," Hoornik added in a statement. "Everything that we have done to date has brought us to this point - we created the music phone category in 2005 selling over 100 million Walkman phones and we are now ready to unveil the next chapter in the evolution of the company - Entertainment Unlimited - giving consumers unlimited opportunities to share their entertainment experiences."

Under that newly-created umbrella, Sony Ericsson showcased a concept handset codenamed Idou.' The 12.1 megapixel, touch sensitive device features a 16:9 screen and is based on the Symbian operating system. It will be available in the second half of this year, with more details to follow soon, those attending the launch were promised by Sony Ericsson.

The mobile giant also used the launch event as an opportunity to unveil its new 8.1 megapixel W995 handset.

"We have and are re-organising our company and [we want to] really make sure that our technology road map is supporting that new direction," added Hoornik. "We believe the new Sony Ericsson is really ready to make this happen."

Click here for photos of Sony Ericsson's Idou and W995.