Job cuts across the tech world

IT job cuts are hitting employees hard and are not expected to let up in the near future. 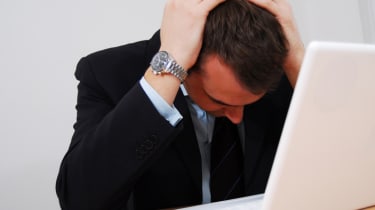 Tens of thousands of tech workers have lost their jobs around the world, as the recession takes its toll.

The lay-offs, credited to the current state of the recessed economy worldwide, are creating hardship for all levels of workers and making those who still have a job feeling grateful for the security. A recent HR survey projects that even more IT jobs are going to be lost in the coming months.

Here's our roundup of just a few of the big tech firms that are cutting jobs - and sadly, the list seems to be growing every week.

HP and EDS will cut 3,400 UK jobs in the next two years, with the firms blaming the weak economy.

Intel is to slash 6,000 employees in order to better "align its manufacturing capacity to current market conditions."

Microsoft is targeting 5,000 job cuts, as the economy situation across the world continues to be unstable even for the top tech firms.

AMD has announced that 1,100 employees will lose their jobs, and those remaining will face salary reductions ranging from five to 20 per cent.

Dell has axed 8,900 jobs worldwide, alongside a recruitment freeze, as part of its ongoing cost cutting efforts.

BT is to cut its workforce by an astonishing 10,000 jobs by the end of this financial year, after reporting a weak third quarter, which struggled largely due to the Global Services division.

SAP is losing 3,000 jobs, even though the company reported growth in the fourth quarter. The joint chief executive of SAP said the company has seen tough times before and would see them again.

Nortel is set to cut 1,300 jobs, as part of a restructuring plan following a 93 per cent share fall since the beginning of the year.

Google has cut just 100 jobs from its recruiting arm but also warned that some engineers may not be guaranteed their jobs.

One Laptop Per Child, the non-profit which developed the XO laptop, has shed 64 jobs, blaming the tough economic times. The 32 staff left at the cheap laptop developers face salary reductions.

NEC is to slash 20,000 jobs over the next few years after posting losses of 1 billion.

Sun Microsystems cut 1,300 jobs last year, and as many as 6,000 more cuts are expected. Sun believes the number of layoffs will help put the company on the correct track financially.

Sprint Nextel has let go of 8,000 people from its workforce, crediting the economic recession as the cause.

eBay cut 10 per cent of its workforce last October because of a low third quarter revenue.

Xerox will cut five per cent of its employees over the next six months, hopefully saving a total $200 million (127 million) in annual costs. 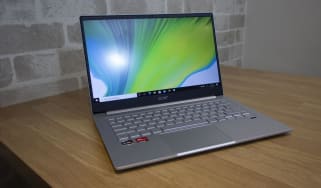