Software giant Microsoft will not go from Windows Mobile 6 to 7, instead preferring a halfway house of sorts. 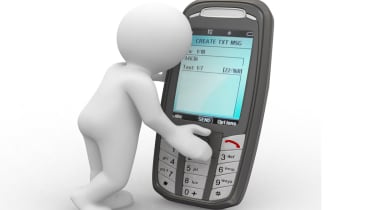 Microsoft has revealed details on its upcoming Windows 6.5 operating system for mobiles.

A key semantic difference with this release, however, is the fact that the company has decided to drop the word 'mobile' from the actual name of the software.

It may make it difficult to differentiate the operating system (OS) between its PC sibling in passing, but it's part of a move by Microsoft towards marketing a Windows-branded phone, albeit one produced by a third party.

The handset our sister title Know Your Mobile got to have a first-hand look at running the new OS was courtesy of HTC.

The interface is based around three core menu screens. The first is a simple text list of the user's most commonly-used applications. For greater access to the phone's functions, there's also an icon-based menu. Here, all the user's applications are laid-out as hexagonal tiles.

When the phone is locked, the simplest menu screen of all appears, comprised of just a smattering of icons. These relate to things such as whether the user has received any emails or messages while the phone has been locked.

One of the more exciting developments of Windows 6.5 for mobiles is the all-new web browser. It boasts full HTML compatibility, plus flash capability far beyond that of the iPhone.

The browser doesn't use multi-touch for navigation, using double and single taps of the touch screen to zoom in and out respectively instead. When quizzed about the lack of multi-touch support, a Microsoft representative stressed that it wasn't simply trying to copy Apple in everything it does.

We'll see how the OS stacks up when we get to have a more lengthy hands-on session with the software.