Most mobile phone manufacturers agree that the responsibility for security falls with them and the carrier, rather than the user. 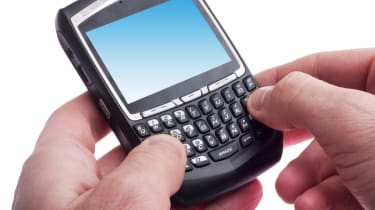 Research from over 30 international mobile device manufacturers claims that nearly all are worried about the security of mobile banking or making mobile phone payments.

According to the McAfee Mobile Security Report, 81 per cent of mobile device manufacturers were worried about the security implications of making online transactions with wireless mobile devices.

Neil Cook, head of technology services for Cloudmark, spoke to IT PRO from Mobile World Congress about one of its customers in the US, a mobile operator which was seeing a lot of phishing scams against mobile banking customers.

He said: "[Customers] trust mobile devices so much more. I think that's the biggest problem we're seeing. Mobile security has been focused very much on the network, and there's hasn't been very much security focused on the handset."

The results of the survey showed the impact of attacks, with 48 per cent of manufacturers believing that the costs relating to patching and fixing affected devices was having a significant impact on business.

IBM was also demonstrating at the Congress how hacker toolkits were being targeted against iPhones, which was worrying because the smartphone security was generally weaker than standard PCs.

He said: "When you've got a lot of 3G iPhones on a network, you can launch some very sophisticated attacks. That can range from the classical denial of service attack to spam attacks."

Manufacturers were also worried about smartphone functionality. The survey said that 69 per cent were not convinced about the safety of installing applications, while 66 per cent were concerned with Wi-Fi and Bluetooth connectivity.

McAfee said that the results showed that security was now a barrier to mobile service innovation as well as the development of new service models.

However, the large majority of manufacturers (75 per cent) agreed that the carriers and manufacturers should carry the cost of security. Only 12 per cent believed users should be involved with handling security.