The electronics giant is upbeat about the future. A future Samsung sees heavily focused on the touch screen and smartphone markets. 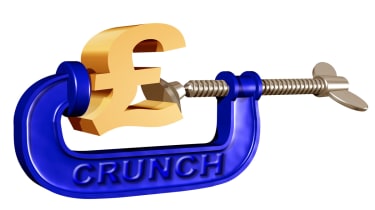 As part of that, it launched the Samsung Ultra Touch (S8300), a touchscreen device that will boast an eight megapixel camera, among other features. Two Beat Edition touch screen music phones were also unveiled.

"(I am very excited) to lead Samsung Mobile to future transformation and growth. I assume this position at very difficult times. The global downturn is a threat to the entire mobile industry," said JK Shin, Samsung's executive vice president and head of mobile communications.

Shin then went on to detail how the company is enjoying success in both developed and developing markets alike something it hopes to build on going forward.

Samsung will launch some 20 devices this year alone and an Android-based phone will also be launched during 2009, company executives confirmed during a Q&A session.

In addition to its touchscreen push, the mobile giant also appealed to the masses with an eco-friendly stance, pledging to both help humans through its technology as well as protecting the earth by going green.

As part of that promise, Samsung detailed its Blue Earth Dream vision, the first device of which is called the Blue Earth Dream and will be available in the third quarter of this year. The handset will be constructed from recycled materials and feature a solar panel, enabling users to charge it anytime, anywhere.

"Samsung's 'The Blue Earth Dream' demonstrates our small but meaningful commitments for the future and our environment," Shin added in a statement.

"We are committed to achieving the highest eco-status with our customers and business partners by providing the best eco-products and promoting eco-activities."