MWC 09: Acer gets 'serious' with smartphones

PC-maker Acer has launched the first four of eight smartphones in Barcelona this week on Windows, but with an eye on Google's Android, too. 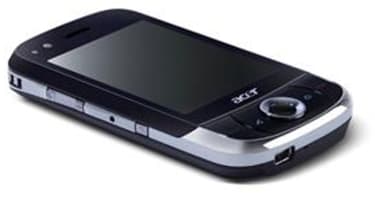 The world's third-largest computer brand Acer has ambitiously entered the smartphone market with the launch of eight new handsets at Mobile World Congress in Barcelona this week.

"We are extremely serious entering this space," Aymar de Lencquesaing, the head of Acer's smartphone business, told a news conference, adding the company plans to break into the top five of smartphone makers in five years.

The company said it expects the business - its first foray into mobile phones - to account for 10 per cent of revenue by 2012, as lines between portable PCs and increasingly sophisticated mobile phones start to blur.

"We genuinely believe that we can be actually one of the top five. Over time I hope we can be better than top five," Lencquesaing said.

The first four phones in Acer's lineup are the M900, F900, X960 and the DX900. The email-friendly M900 features a 3.8-inch touchscreen with fingerprint sensor for security. The F900 is focused on mobile web browsing, while the X960 is push as the Swiss Army knife of devices, offering multiple functions. The touchscreen DX900 offers a dual-SIM for personal and business use.

Lencquesaing said Acer was planning to invest in building up the business before it can turn profitable. "I think it's going to take us anywhere between three to five years," he said. "Being the size that we are gives us a fairly sizeable marketing budget. We understand that we need to spend, to create the awareness that Acer is not just a PC company."

Acer said all eight of its newly launched smartphones would use Microsoft's Windows software, but it was also looking at Google's Android system. "There is a clear interest right now for Android devices, and we believe so too," he said.

Acer expects the cheapest new models to retail for less than 49 (43), helped by operator subsidies, while the most expensive models would retail for around 500 when not subsidised.