GSMA and gaggle of mobile players have joined forces to create industry-wide charging standard for mobiles. 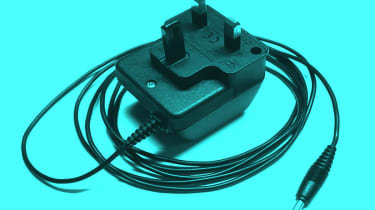 Today at Mobile World Congress in Barcelona, the industry united to tackle the ever-increasing issue of charger sprawl by creating a common standard by 2012.

The GSMA and some 17 mobile operators and manufacturer will now create an industry-wide universal mobile charging standard. This will, hopefully, reduce both energy and equipment wastage and eliminate user frustration.

By adopting a common format, as opposed to the plethora of different charging models at present, the collaboration hopes to halve charger standby energy consumption. What's more, it's hoped by having less chargers out there that around 51,00 tonnes in duplicate chargers can be removed from the ecosystem too.

"The mobile industry has a pivotal role to play in tackling environmental issues and this programme is an important step that could lead to huge savings in resources, not to mention convenience for consumers," said Rob Conway, the GSMA's chief executive and member of the board, in a statement.

"There is enormous potential in mobile to help people live and work in an eco-friendly way and with the backing of some or the biggest names in the industry, this initiative will lead the way."

January 2012 has been set as the ambitious deadline for the creation of the new universal charging solution (UCS), which will make use of micro USB.

The initial list of companies supporting the USC initiative is a who's who of industry elites, including AT&T, LG, Motorola, Nokia, O2's parent company Telefonica, Orange, T-Mobile and Vodafone.

"This new approach to a charging solution is a major achievement and a significant step forward in reducing the waste and energy consumption of using mobile phones," said Brigitte Bourgoin, Orange's executive vice president and head of its personal line of business.

Bourgoin, who also sits on the GSMA board, added: "This initiative will also open the door to innovation in the operator retail presence as it is envisioned that chargers and mobile devices may be distributed separately in the near future, which will allow consumers to re-use existing chargers with other devices; reducing the overall number of chargers required. To this end the Orange ambition is that over two thirds of our sales will rely on this new charging solution."