Internet applications have never been so dominant within mobile communications, as more manufacturers announce application stores for platforms. 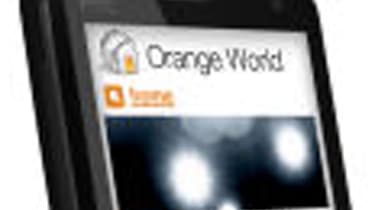 Surprisingly, Orange's strategy for 2009 and beyond is not about all devices converging into one as you'd expect in a certain kind of technological revolution, but about getting mobile multimedia and internet to the masses.

According to Yves Maitre, senior vice president of devices at mobile operator Orange, only 10 per cent of Orange's customers use internet on mobile. It is the operator's aim to raise this figure considerably throughout 2009 and beyond.

By the end of 2011, Maitre is aiming to increase Orange's revenues from mobile multimedia from six per cent to 20 per cent. "Orange has started to understand what the customer wants and what Orange can provide," he said.

"Only 10 per cent of Orange's customers use internet on mobile, but this is increasing fast, especially over the past eight months. However, 90 percent of our customers are not using it at all. Orange is concentrating on the 90 per cent."

He explained that there are three reasons why people are not currently exploring multimedia on their mobiles.

The first barrier is that some individuals, specifically in less developed countries, don't have access to PCs, let alone internet services, meaning they aren't aware about the benefits of getting online.

The second group of people do have a PC and access to the internet, but they don't understand why being able to access the internet on a mobile device is an advantage, because the screen is too small and the controls too complicated on a mobile in comparison to a PC.

The third group are those who have experimented with mobile internet services but were disappointed with what was on offer. This could have been because of price, incompatible websites or that they did not understand the benefits of being able to connect to internet services while on the move.

"We are now making things a lot less complicated for our customers," explained Maitre. "Orange has a clear strategy in place to transform the way those 90 per cent view the use web on mobile."

By introducing simpler structures that include improved training of staff both in store and at call centres, promoting more attractive services and deploying a more robust, step by step approach to improve services, Maitre can see a more effective ecosystem within the Orange network, and a way to improve the uptake of mobile multimedia.

The most valuable tool Maitre sees is promoting web use on mobile by eradicating the problems customers see, including the risk of fraud, problems viewing web pages on a small screen, and the fact that there are too many websites to look at which are not mobile web compatible.

Orange has now developed three different platforms suited to three different user types which Maitre says will encourage use of multimedia on mobile, whether the user has purchased a 400 (355) handset or a 100 device.

Aimed at the lower end of the market, Orange's simple widget interface ensures almost anyone can access the internet wherever they are. Some 80 per cent of Orange's device portfolio will support the widgets interface by the end of 2009, which is a pretty substantial share of its handset range.

"It's a simple way to receive information when you need it. You'll be able to get instant access to the latest news, lottery results, football results, stock market and more," said Maitre. "It's information that can be provided whether customers are on prepay or post pay."