Top tips to tighten your belt in a recession

Experts offer easy tips on how firms should be planning to survive the pinch of the economic downturn. 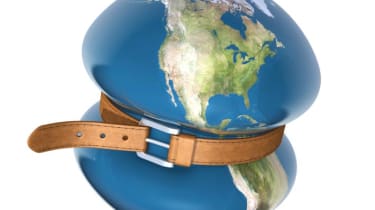 There will be few firms not feeling the pinch at the moment - the credit crunch is everywhere. When firms are closing, re-assessing their financial predictions, or offering themselves up for sale, staying in business becomes a top priority.

But there is no silver bullet for survival, and firms are taking a number of different approaches to stay afloat. Innovations are shelved, plans are cut back, staff numbers reduced, and in company meetings across Britain the outlook only looks positive through tightly gritted teeth.

However, there are less obvious, and less painful options at the disposal of firms, actions that can have a dramatic effect on the business operations, without impacting on the morale of staff. In many cases scaling back on investments does not have to mean a shelving of long planned projects, but could mean a simple trimming down of costs.

Just this week financial experts predicted that firms would be considering obvious cost-savings, such as a scaling back on the amount of IT equipment that they purchase. PC sales are expected to fall dramatically, and according to analysts IDC, this will continue a general trend seen throughout the whole of last year.

Nick Masterson-Jones, director of IT at VocaLink, agrees that there are savings to be made in this area and recommends that firms take a traditional approach to cost-cutting.

"We've applied some general savings", he says. "Just some simple, and general good cost management practices." Rather than look at systems or services to cut, VocaLink looked for ways to continue using technology to the same extent, but at a lower price.

"For example", Masterson-Jones says, "we have just changed our mobile phone provider, which has saved us money. Because the market is more competitive and there are many new entrants, we've been able to get a better deal at a much better price. That is a question of being aware of the market and where it is going."

New ways to save

But other firms look deeper still into their business. Marina Shabin, chief information officer at Sterling Commerce, AT&T's systems intergration arm, said that when presented with challenging situations firms should look closely at the business and consider less obvious economies to make.

"In order for IT to be viewed as adding value especially in a difficult economy, we need to be creative and think outside the traditional boundaries", she explains.

Shabin recommends that firms take as much advantage of the economic situation as they can, picking over the remains of firms that have fallen. "For example", she explains, "hardware which I would have originally brought brand new, is now on the market second hand', even though it has not been used, as many firms have consolidated or shut down their operations all together and need to sell any extra hardware they may have."

Another consideration high on the agenda at Sterling Commerce is whether or not to outsource some functions. "I may also consider sending some of the more day to day IT operations overseas," Shabin says. "If you pick the right vendor, the combination of value for money, quality and time zone cannot be beat."

Keep staff in the loop

Such activity, whether rumoured or planned, can have a negative impact on the morale of staff, something that firms would be well advised to avoid.