Citrix pairs its virtualisation platform with Microsoft's free hypervisor in a bid to take on market leader VMware. 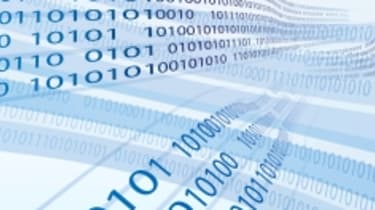 Citrix is to release a new, free, version of its enterprise virtualisation platform XenServer.

Both VMware and Microsoft have made their hypervisors free, but now Citrix is offering its XenServer software for no cost too, meaning firms could pair the platform with a hypervisor and only pay for advanced features.

"We planned for the day when [Microsoft's hypervisor] Hyper-V would be available, and be free," Citrix's chief technology officer for virtualisation Simon Crosby said in a conference call last week, adding XenServer would allow Hyper-V to be scaled into enterprise environments. Aside from connection tools, it also allows users to map virtual machines to physical servers, but just for a single server instance.

"The capability called virtualisation should be absolutely free and available to anybody," Crosby said. "Advanced management is how we monetise virtualisation."

Microsoft's director of virtualisation strategy, David Greschler, agreed. "Today you wouldn't expect to buy a computer that couldn't connect to the internet. It's the same with virtualisation, it's just a core tech," he said.

XenServer will also include conversion tools, configuration management, and a live motion' technology that means virtual machines can be moved to a different server wihtout being shut down first, meaning zero downtime. The XenServer platform will be completely interoperable with Microsoft's System Centre management tools in the latter's next release, Crosby added.

Citrix also launched a new version of its Citrix Essentials for XenServer as well as for Microsoft's Hyper-V. Essentials offers advanced management and automation to the two virtualisation platforms, across testing, storage and provisioning.

The new Citrix XenServer will be available for free download by the end of March, but a trial is available from the vendor's website. Resellers will start offering Citrix Essentials from 7 April.

The wave of announcements comes ahead of rival VMware's European conference this week. And it seems that the market leader's competitors are coming out ready for a fight.

"There's no competition between us and Microsoft," said Citrix's Crosby. "Why compete with something that's fast, free and ubiqutous," he asked, referring to Microsoft's Hyper-V.

Indeed, Citrix took the opportunity to fully jump on the Microsoft virtualisation bandwagon, and made a third announcement of "Project Encore" essentially an extension of the two firms' existing partnership into the virtualisation area.