Although the vast majority of ISPs follow Internet Watch Foundation guidelines, children’s charities are still concerned about the minority that don’t. 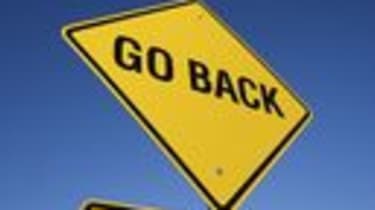 The issue was raised by the Children's Charities' Coalition on Internet Safety (CCCIS), which has members including Barnardo's and the NSPCC.

Although 95 per cent of ISPs currently block the Internet Watch Foundation's (IWF) list of known websites, this was still short of the 100 per cent the government indicated it wanted to achieve by the end of 2007.

Although the CCCIS said that 95 per cent sounded like an impressive figure, this still left 750,000 households with broadband connections that could gain access to "horrific legal sites".

John Carr, secretary for the CCCIS told IT PRO: "This has dragged on for too long. We've been going at this now for nearly three years.

"The internet industry needs to pull its finger out really fast, and get this five per cent to fall into line."

Carr said that if the ISPs failed to hit the 100 per cent figure, the government should put in place legislation to force their hands.

He also said that there were technical solutions out there that ISPs could use, and said it was "shocking" that some ISPs did not think they needed to do it yet.

Looking at the reasons some ISPs refused to comply with the IWF blocking, he said: "Some of them said that it was cost. It's not an optional extra. It's part of the basic cost of doing business as an ISP in Britain."

Earlier this year, IT PRO reported that ISPs were charging investigators for data to track child abusers.

Harmful content seen on mobile phones by children was also becoming a worry. According to a YouGov survey released today by Mott MacDonald Schema, 71 per cent of users believed that operators should be accountable for monitoring and addressing harmful content over mobile phones.

When asked about ways to stop children from accessing harmful content, over half of respondents (58 per cent) agreed that barring sites and content according to the phone owner's age would be effective.