Taking green IT beyond the data centre

The ‘greening’ of IT began in the data centre, with a focus on server consolidation and cooling, but is now spreading to all levels of the IT infrastructure. 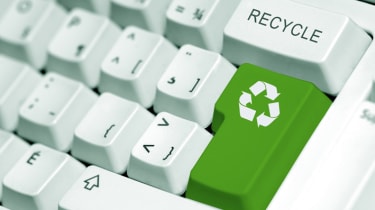 With IT responsible for as much carbon emissions as the aviation industry, according to Gartner, more energy efficient or green' IT has risen up the corporate agenda.

In a survey conducted in September of last year, 72 per cent of IT managers said they had plans to implement green technology initiatives to reduce carbon emissions over the next few years.

And, of the 100 UK IT managers polled, the majority said they were planning hardware-based projects in the near future that focused on virtualisation to consolidate servers and so, save energy in data centres.

Too narrow a green focus?

But Tom Weston, executive chairman at Sunrise Software, the IT service management vendor that carried out the survey, said IT organisations were missing a trick.

"It seems strong messages about green strategies are not getting through, at least with regards to the office environment," he said.

The research found that, of those firms that had already implemented green initiatives, 83 per cent recycled IT equipment and 69 per cent turned off printers and computers at night, while 36 per cent also used virtualisation in the office.

But the survey findings proved that there is even more scope for green IT projects focused outside of the data centre, where 71 per cent of respondents asked thought turning off printers and computers at night was their most energy efficient option.

Going green for the greater good

A more recent study published earlier this month suggested that, although many companies talk about going green for the good of the environment, many organisations only consider it a secondary benefit.

The Echo Research survey of more than 250 IT decision makers at large companies in the US and UK published by CA earlier this month found the biggest influences to adopting green technology were the cost-saving implications.

The CA study suggested that, as IT executives consider green solutions, they are realising that replacing existing hardware with more energy efficient technology is often cost prohibitive.

Don LeClair, senior vice president at CA, said: "While many have looked to hardware and power systems as part of these solutions, this study confirms that software plays a vital role in helping to manage energy efficiency."

In fact, 80 per cent of the survey's respondents in the UK had already factored energy efficient software in IT budgets and 70 per cent said they considered software to be very important to their ability to promote energy efficiency.